Sometimes a comic’s presentation, design and visual approach is so in contrast to its subject matter that the incongruous and the apposite become happy bedfellows. Such is the case with the two runs of Stray Dogs from Image Comics, a double helping of miniseries by Tony Fleecs and Trish Forstner that combine retro Disney-style visuals with a suspense-filled, horror thriller narrative. 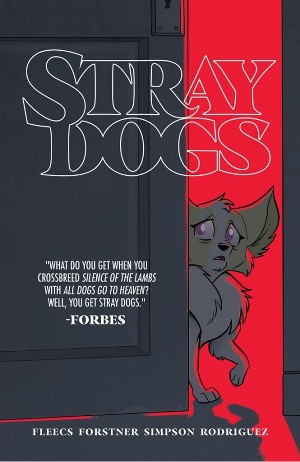 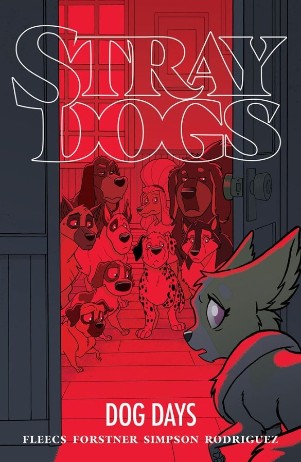 The original Stray Dogs series follows canine protagonist Sophie who awakens in a remotely located farmhouse with no idea how she came to be there, and a feeling of consuming dread about the events leading up to her arrival. Even more confusing is that her new home is crammed full of other dogs, none of whom she recognises. As she slowly begins to recall the recent past Sophie realises that something terrible happened to her human “lady” and her new “master” is somehow connected. Can she convince the other dogs to help her get to the bottom of the mystery before it’s too late? 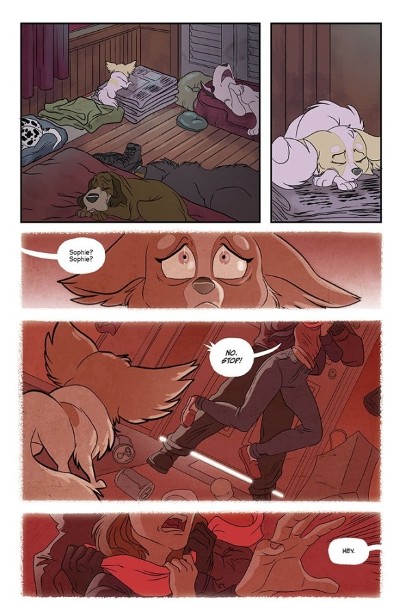 Stray Dogs has been described in numerous “[pop culture phenomenon] meets [pop culture phenomenon]” terms but it doesn’t really need those comparisons. Essentially, it’s the original 101 Dalmations film if Cruella DeVil won and you saw her skinning the dogs. The ultra-cute artwork juxtaposed with the dual horror of the dogs’ current confined existence and the brutal realities of their pasts creating an empathetic link between readers and characters that a more realistic visual style could never replicate. 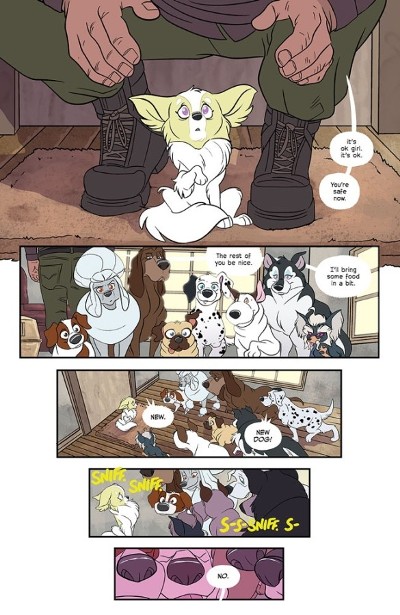 Where the story perhaps falters on occasion is that so much is made of the idea of the dogs’ limited ability to remember things outside of the immediacy of the moment which in their anthropmorphised states doesn’t always remain consistently defined depending on the needs of the plot. Still, the first book/run is a taut chiller made all the more atmospheric for our perspective of events being mostly seen at a dog’s eye view of the world, particularly in relation to the master whose presence is all the more ominous/menacing for the fact that for much of the story his face and/or upper body are just off panel. Brad Simpson’s colour choices are similarly important in communicating the forbidding tone and mood of the piece. 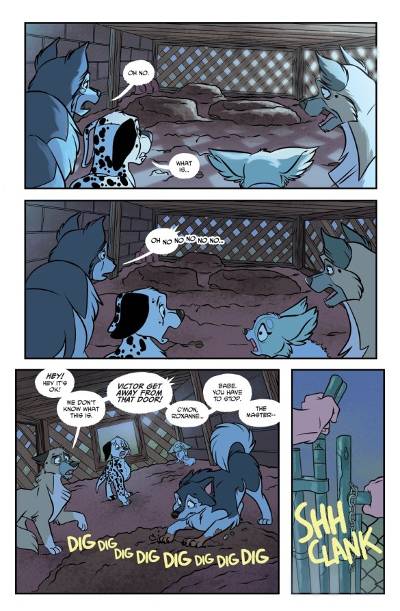 The second volume Stray Dogs: Dog Days is best read as an immediate follow-up to the original as it revisits the canine cast’s pasts and the events that led up to their imprisonment in Stray Dogs. A series of vignettes that make the tragedies of the first all the more devastating, it perfectly complements Vol. 1 by fleshing out back stories and underlining the horrors hinted at in the first series. 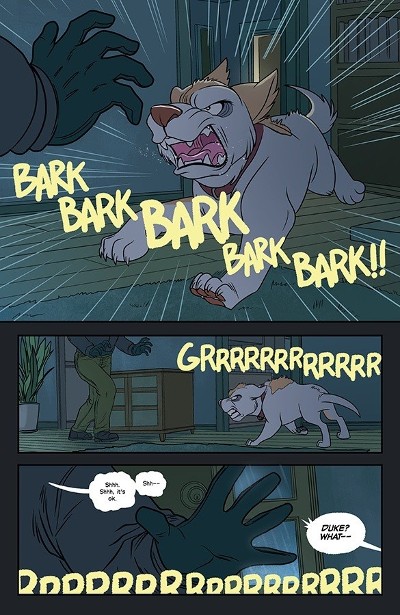 While it seems difficult to imagine where the creative team could go with these characters from here (prequel aside, Stray Dogs is a story with a very defined beginning, middle and end) a considered thematic follow-up, perhaps with a new roll call of animal characters would be welcome. This is one of those serial comics offerings that may well have slipped below your radar and while not overly elaborate in plot is, perhaps ironically given its cast, brimming with humanity.