There are plenty of heroes and groups of heroes in fiction, but few as innovative, as unusual or with just so much pure class as the Avengers, created way back in January 1961. So it’s perhaps a little strange that these days, the Avengers are far too often overlooked by so many…wait a minute, what? 1963? Stan Lee? No, no. Not those Avengers. I’m talking about the real Avengers… 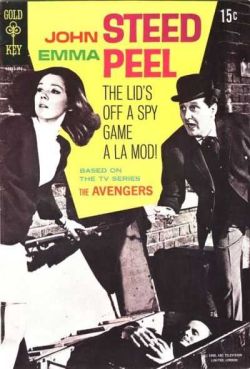 The Avengers, of course, was a British TV series created in 1961 by a Canadian named Sydney Newman. A bit of an innovator, the remarkable Mr. Newman already had quite an impressive C.V. at the time, though nothing like as impressive as he’d have later, since in 1963 he went on to create another show which some of you may have heard of: a low budget science fiction series called Doctor Who. I gather that one did quite well, too.

As far as The Avengers went though, the early episodes (though well made) were probably not much different to any number of shows in the same genre. It was a series about an amateur sleuth named Dr. David Keel (Ian Hendry), partnered with a rather shady British Intelligence operative called John Steed (Patrick Macnee). And it probably wouldn’t have lasted more than a couple of seasons if not for what at first probably seemed like a stroke of bad luck when leading man Hendry left after series one.

As it turned out, the promotion of Macnee to the starring role, accompanied first by a revolving cast of recurring partners including nightclub singer Venus Smith, anthropologist Catherine Gale and the now largely forgotten Dr. Martin King, and later by a succession of permanent partners (first the aforementioned Mrs. Gale, then the karate-kicking Emma Peel and finally professional agent Tara King) was the best thing that could have happened to the show, and it lasted more than eight years until May 1969, the plots and the villains becoming more and more bizarre and outrageous as time went on.

The Avengers, by the mid-sixties, existed in a surreal world which was basically Britain dialled up as far as it would go; a world of retired Army types in country houses plotting world domination, of disgruntled clowns turned professional assassins, and of super sexy women in leather catsuits kicking the stuffing out of beetle browed henchmen while the dapper, bowler hatted Steed, umbrella in hand, suavely strode through the chaos to save the nation on a weekly basis. Naturally, it was an obvious fit for comics (it basically was a comic, on TV). And yet curiously, there weren’t many, at first. 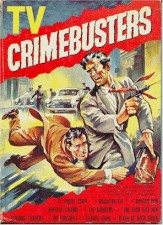 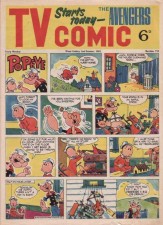 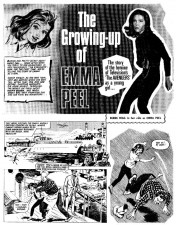 TV Crimebusters featuring the first ever Avengers strip, the first TV Comic issue to run the Avengers, and the curio teen Emma Peel strip from June

The first ever Avengers comic was a seven page black and white strip titled ‘The Drug Pedlar’, which saw print in a 1962 publication called the TV Crimebusters Annual, published by World Distributors. Dr. David Keel was the star of the strip, competing for space in the annual with other luminaries of the time such as Danger Man and Dixon of Dock Green. But on 14th September 1963, John Steed and Cathy Gale finally made it to the big time in an actual ongoing Avengers strip in… Look Westward and The Viewer, a couple of provincial TV listings magazines. The series only ran until 9th May 1964, but the same run of four serials was reprinted later the same year in the Manchester Evening News. Still, it was hardly a promotion. But, things were about to get better! 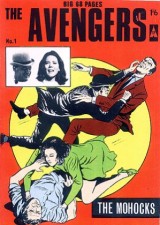 On 2nd October 1965, with Steed now teamed up with his most popular and enduring partner, Emma Peel (Diana Rigg) on our TV screens, the long running weekly title TV Comic launched the Avengers into their own strip with issue #720 for an initial run of just under a year to #771 on 24th September 1966. Comprised of ten serials (plus a four page one-off adventure in the TV Comic Holiday Special 1966) it’s clearly aimed at young age group but is still intelligently written, well drawn and very much in the spirit of the TV show.

The same year, 1966, also saw the Avengers launched into their first ever solo title, a 68-page one-shot published by Thorpe & Porter which featured Steed and Peel in four 16-page stories with art by Mick Austin and Marvelman creator Mick Anglo. The rights were subsequently acquired by Dundee based publisher D.C Thomson, and the strip found a somewhat unlikely home in the pages of the weekly girls comic Diana from #199 (10th December 1966) to #224 (2nd June 1967), in eight serials with the art provided by Emilio Frejo and Juan Gonzalez Alacrojo. A little earlier, concurrent with the TV Comic run in fact, Thomsons had also run an eleven-part serial called  The Growing Up of Emma Peel  in another girls title, June, from issue #52 (29th January 1966) to #63 (16th April 1966) focusing on the adventures of a 14-year-old Emma Knight!

The Avengers eventually returned to TV Comic with #877 (5th October 1968) with Steed now accompanied by new TV partner Tara King and taking his orders from the eccentric, wheelchair-bound ‘Mother’. This last run consisted of 28 serials (plus a four page one-off in the TV Comic Holiday Special 1972) and lasted until #1077 (5th August 1972), effectively outlasting the TV series itself by more than three years (the final TV episode had aired in May 1969). 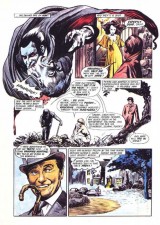 Left and centre, the New Avengers take over from their ’60s counterparts and, right, the Eclipse series from the ’90s

Tara King, in fact, fared considerably better in print than she had on TV. Linda Thorson played the character for only one season, but Tara not only had a three and a half year run in the comic, she also featured in two of the three Avengers Annuals published by Atlas Publications between 1967 and 1969 (the third, or rather the first, starred Emma Peel) and in the 1970, 1971 and 1973 editions of the TV Comic Annual (Emma had appeared in the 1967 edition).  The strips from the Thorpe & Porter comic, from TV Comic, and several strips from the annuals were reprinted in translated form in France, Germany, Holland and Chile (though sadly, the rest of the world never saw the Cathy Gale strips from Look Westward, a tragic omission indeed, no doubt).

The Avengers returned to TV as The New Avengers (no, not those New Avengers) in 1976-1977, but while the show, now featuring an older Steed partnered with animated plank Mike Gambit (Gareth Hunt) and the high-kicking Purdey, played by Joanna Lumley (we never found out her real name, if indeed she had one) was a worthy successor to the original, it spawned very little in the way of comics adaptations, just two editions of the New Avengers Annual published by Brown Watson Books in 1977 and 1978 (they did contain some lovely artwork though, but it’s sadly uncredited). And that, aside from a brief return in the 1979 TV Detectives Annual, was basically it. At least in Britain.

Meanwhile, however, the Avengers had already crossed the Atlantic in comics just as they had on TV….just not as “The Avengers”, since apparently Marvel Comics have appropriated that name in America. You learn something new every day! In 1968, Gold Key Comics had published a one-shot titled John Steed & Emma Peel which reprinted (in colour) strips from TV Comic, but it wasn’t until December 1990 that Eclipse Comics launched a three-part series titled Steed & Mrs. Peel: The Golden Game, by Grant Morrison and Ian Gibson, which set a reunited Steed and Peel on the trail of a kidnapped Tara King (as well as a second, two-part story titled ‘A Deadly Rainbow’, by Anne Caufield and Gibson).

With an erratic production schedule it concluded in June 1991, but was reprinted by Boom! Studios in 2012 and Boom! have since launched a new ongoing series also titled Steed & Mrs. Peel.  If you haven’t seen it and you like slightly insane spy stories set in an England which never existed but definitely should have, check it out: they’re doing some great stuff in there. But before you dive in, please remember, no matter what is says on the cover, it isn’t really called Steed & Mrs. Peel.

It’s called The Avengers. The originals and still the best.