When the Dead Walk the earth, it is said that the end of days is near. What has never been mentioned before, is that humanity will be at the bottom of the food chain…

The Cursed and The Damned is a story about Werewolves taking on the horrific result of playing God. As the Werewolves come together they bring about a war where no Zombie or Human is Safe. Can they fix what they started or watch as humans become prey and the real enemy watches from the shadows?

Why The Cursed and the Damned?

The Cursed and the Damned was a Project / Story David Sandoval always wanted to tell but never had the time to get it into full gear. Sandoval wrote the first issue synopsis and sat on it for a few months before picking it up again and getting a team together to finally get this story told!!! 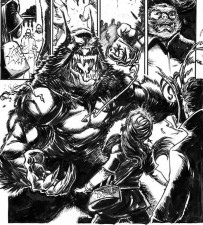 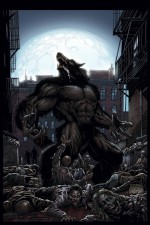 All funding from Kickstarter will be used for paying the Creative Team, Printing / Distribution and Issue 2