The final guests for this year’s Thought Bubble have been announced today featuring some long-time BF favourites, including our own ‘Six to Watch’ artist Sabba Khan. Full details in the press release below.

Thought Bubble, the UK’s largest comic art festival, have announced their final guests for this year’s convention, due to take place at Harrogate Convention Centre across 12th and 13th November.

An annual gathering of some of the most influential writers, artists and comic creators in the world as well as the UK’s incredible grass roots comics community and thousands of fans, Thought Bubble will feature artists and writers whose stories and ideas are behind some of the biggest film & TV moments, the most exciting indie releases and the emerging voices pushing the medium forward. 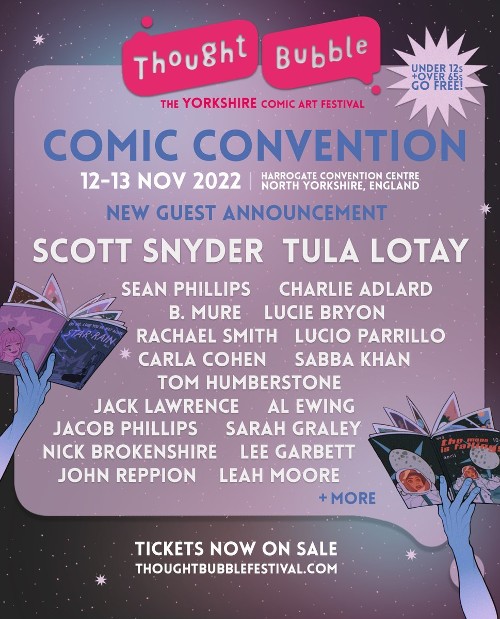 Tickets for Thought Bubble Comic Convention are on sale now with under 12s, carers and over 65s tickets totally free. Tickets give access to all events within the comic convention weekend; panels, workshops, guest signings, as well as the three huge halls of over 400 exhibitors, publishers and more, showcasing beautiful artwork from across the world.

Thought Bubble Festival recently announced they will be expanding in their hometown of Leeds with a full festival week of activities celebrating comics taking place from 4th – 11th November. Teaming up once again with LeedsBID, Thought Bubble will present a week of talks, workshops, exhibitions, public art installations, film screenings, venue takeovers and much more.

With its festival in Leeds and convention in Harrogate, Thought Bubble is on a mission to cover Yorkshire in comic art and make the region an essential place for artists, writers & fans alike.
Chloe Green, Thought Bubble Festival Director:
“We’re super excited to drop this bumper guest announcement. From DC and Marvel to indie creators, we’re bringing the best comic books artists and writers to Yorkshire, which always feels really special. Hope we see you there!” 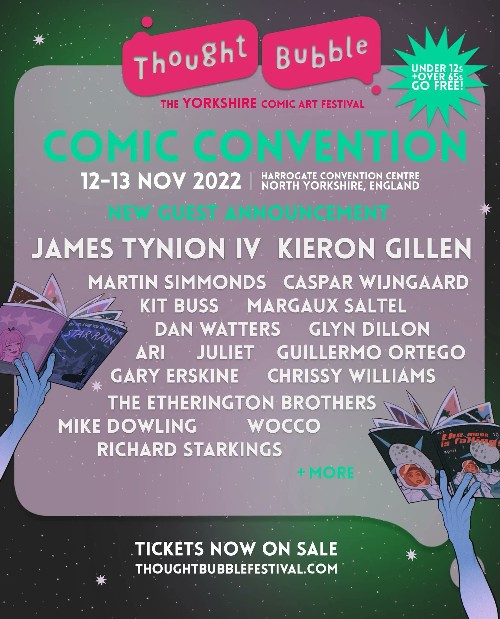 Press Quotes For Thought Bubble:
“The highlight of the year for comic, animation, games and film fans across Yorkshire and beyond.” – The Big Issue

“So many cool guests! We got up to some really cool stuff” – WhatCulture