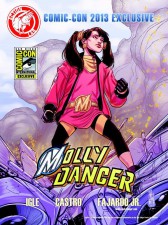 Critically-acclaimed independent publisher Action Lab Entertainment kicks off its 2013-2014 season with a bang at this year’s San Diego Comic Con, held July 17-21 at the San Diego Convention Center. This marks the company’s second appearance at the show, and this year will be marked with special announcements, exclusive books, and a constant stream of well-respected industry professionals.

Confirmed creators to appear at the Action Lab booth include:

A more detailed guest list, including signing times and additional creators, will be provided as the convention approaches. The Action Lab booth is located in the Independent Press Pavilion, Table 2202.

In addition to having a number of featured creators, Action Lab will be offering a number of limited-edition convention exclusives available at SDCC. Among the offerings:

· A variant cover of Skyward #1 by Jeremy Dale

· A white sketch cover of Skyward #2 by Jeremy Dale

· A special edition of The Garlicks by Lea Hernandez

· The premier of Bo Plushy Gangsta with special convention-exclusive cover. 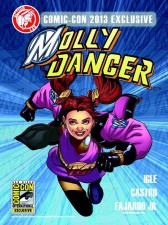 Finally, Action Lab, led by President Kevin Freeman, will be hosting its own panel, “What’s New at Action Lab Entertainment,” scheduled for Saturday, July 20th at 6:00 PM in Panel Room 28 D-E. The Action Lab staff and creators will be there to talk about everything that is in store for Action Lab for the next year–including some big announcements, and to answer all of your questions. Attendees will receive a special NFL Rush Zone Button which they can redeem for a special prize at the Action Lab table in the convention hall.

For more information about Action Lab Entertainment, visit their website at http://www.actionlabcomics.com.