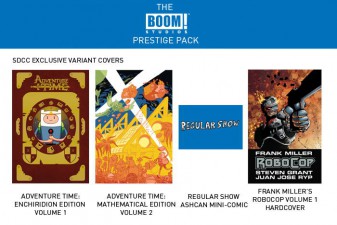 For the first time, BOOM! will give fans and collectors a unique opportunity to guarantee they secure every exclusive item by offering four pre-order packages. These pre-order packs will be offered only via the BOOM! Studios web store and will allow purchasers to pick up their items at their convenience from the BOOM! Studios booth in San Diego.

The four special sets that BOOM! Studios will be offering are as follows: 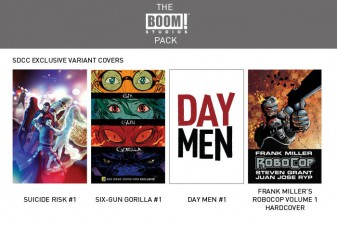 4) The Whole BOOM! Shebang: contains every title listed above for both the BOOM! and KaBOOM! Studios lines. For this package alone, BOOM! will also be offering a limited edition PEANUTS Vol. 1 Hardcover (valued at $50) absolutely free to the first 100 orders placed. 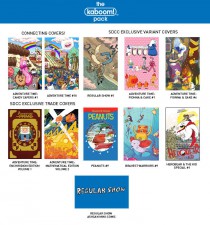