Archaia Entertainment has announced that four of its sold-out backlist titles are now or will soon be back in print, ready for fans that missed out the first time to grab their copies! The Eisner Award-winning New York Times bestseller Mouse Guard: Legends of the Guard Vol. 1 was back in stock as of July 17, and sleeper hits Cursed Pirate Girl (a 2013 Harvey Award nominee) and Iron: Or, the War After were back in print as of July 24, so be sure to ask your local comic shop to order them for you! In addition, copies of the Eisner Award-winning Jim Henson’s Tale of Sand will be back for sale in comic book shops as of Sept. 11. The reprints come on the heels of Archaia’s acquisition by BOOM! Studios in June. 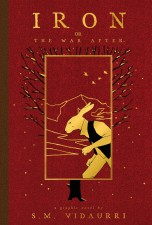 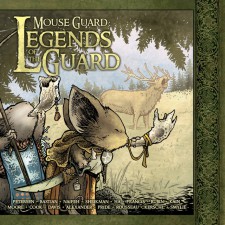 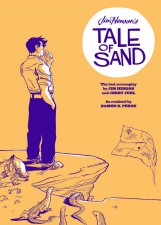 “One of our first priorities after acquiring Archaia was to get some of their most popular titles back into the marketplace,” said Filip Sablik, VP of Marketing and Publishing for BOOM! Studios. “These four books are the first of many more Archaia reprints to come.”