These are important times to be amplifying work in graphic narrative that explores the topical, the socially conscious, and the immediately relevant. Practice in these areas continues to grow, allowing readers to be informed of, and alerted to, the realities of the issues covered through the connective power of comics. In some instances this work brings us directly into the lived experiences of others (Piece by Piece: The Story of Nisrin’s Hijab, The Black Man’s Guide to Getting Pulled Over, When I Was Me: Moments of Gender Euphoria) or communicates the complexities of the subject through graphic journalism or empathetic narrative (Putin’s Russia, XENOS: At the Edge of Life, Wake: The Hidden History of Women-Led Slave Revolts). 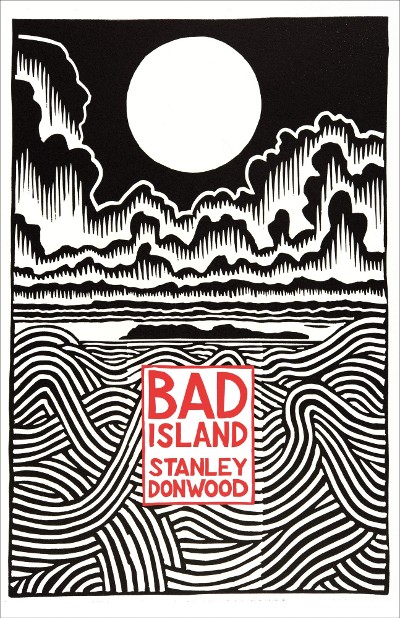 Stanley Donwood’s Bad Island fits somewhere in that second category, an allegorical account that is particularly pertinent right now as we accelerate past the ecological point of no return. Echoing back to the work of early 20th century comics pioneer Lynd Ward, Bad Island is told in a series of single image linocuts, building up slowly into an eons-old narrative of life, evolution and ultimate (self)destruction. 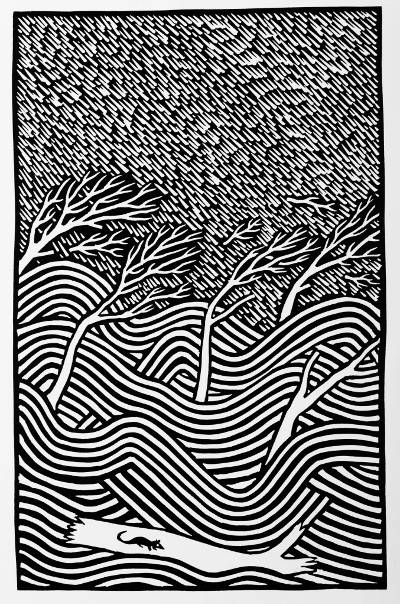 In that regard what Donwood is playing with here is that between-the-panels reading comprehension that is an integral part of the reader’s relationship with the comics page. Only in this case we are applying that to entire images as each page is a single, wordless illustration. Donwood’s linocuts are each presented next to a blank page on the left-hand side of the book, encouraging us to dwell on each full-size panel and drink in its every detail before moving on. 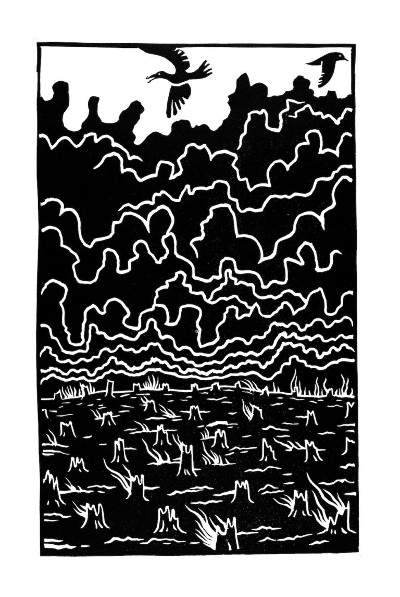 Timeframes between images are sometimes sequential within the moment but otherwise range from millennia to years as we watch life on the titular island emerge and evolve, and civilisations form. For much of the book one natural order is replaced by another but with the advent of humanity that slow and gradual shift through evolutionary cycles is corrupted as pollution, warfare and industry take the island to the very brink. 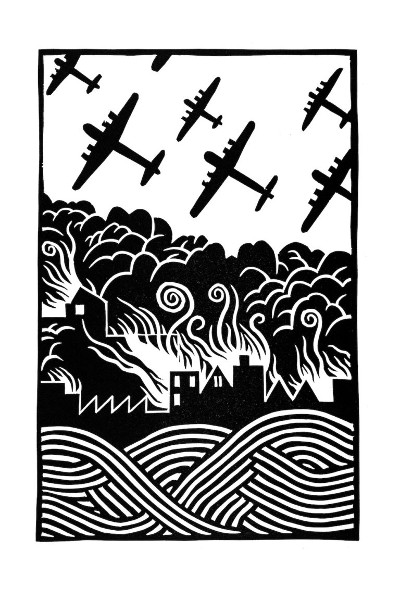 There are no characters to follow here. No protagonists to sympathise with. No heroes to root for. And the lack of any narration, dialogue, or textual exposition means Bad Island is a book that we react to on an instinctive level as much as an intellectual one. Donwood’s antagonists are symbolic ones – the destructiveness of “progress”, the selfishness of “civilisation”, and the rapaciousness of industrialisation. Stark and bleak but possessing of unavoidable truths, Bad Island is a triumph of both form and content.