At San Diego Comic-Con this past weekend, Monkeybrain announced the launch of five titles on their website coinciding with their one year anniversary as a company. Heartbreakers is a re-release of the science fiction stories originally told in Dark Horse Presents in the ‘90s. The other four are brand new. On the surface the four could not seem more different. Their genres range from superhero, to mystery, to science fiction, to relationship comics. But the thing that unifies all of them is a tone and approach that is so refreshing.

For the longest time the comic book industry has been overwrought with self-serious, gritty books. Superheroes fight superheroes, children die, and everyone forgets how to smile. What is so nice about much of Monkeybrain’s work, but specifically these four new releases, is the way the work enjoys itself.

Captain Ultimate doesn’t shy away from this tone at all. It wears its theme on its sleeve. Writers Joey Esposito and Benjamin Bailey are saying they’re tired of superhero comics being so morose. What happened to the ideal we used to look up to of the guy who selflessly saves everyone, simply because it’s the right thing to do?

If you didn’t know that this comic had been in the works for awhile, you would assume that it was a direct answer to Man of Steel’s coldness and dark ending. Instead it’s an answer to much of what DC has been releasing for the last two years. Captain Ultimate returns and it’s because of the one boy who had the courage to stand up, when everyone else ran away. This is the stuff that real heroes are made of. [Read our review]

Avery Fatbottom: Renaissance Fair Detective has a less grandiose message, but still one that feels like a throwback in today’s industry. Renaissance Fairs can’t help but seem lame and antiquated in an era where we can turn on our Xbox 360 and be transported in a more detailed and immersive recreation of the time period. Yet, that’s not a problem for our protagonist.

This is Avery’s first year leading the Renaissance Fair as its king. And she couldn’t not be more psyched. Neither could her best friend Gwen, who loves the Fair with equal joy. Her boyfriend also joins in on the fun on just their third date.

There was so much room in this first issue for Aquaman levels of self-ridicule, but instead the characters just bask in the joy. Avery pulls influence and tone more from yesteryear’s Archie comics than today’s (few remaining) soap operatic romance comics. 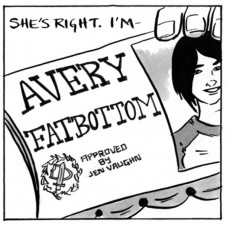 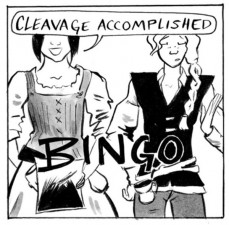 All that is out for Detectobot so far is a zero issue, but the prologue promises big fun and adventure. Even with the caveat that this story surrounds a murder mystery, I don’t get the feeling that Detectobot is going to be hitting up any hookers for information or busting kneecaps.

The brief story and subsequent “Detectobot Features Guide” promises an adventure in the spirit of Tintin rather than a hardboiled noir. 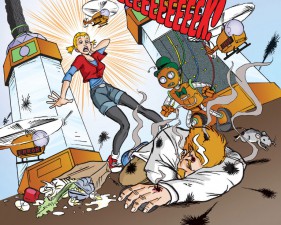 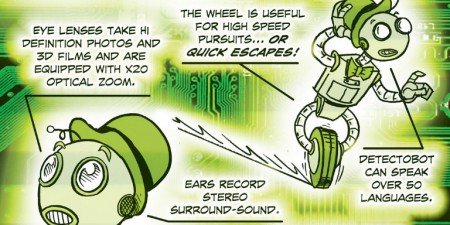 This brings us to Monkeybrain’s last new release, Dropout, the book that also comes closest to challenging the idea of a world free from cynicism. Wyatt Gundersen is just the type of angry, cynical teenager that the first three books are rebelling against. He’s sad and his life sucks. But the book doesn’t revel in that.

Just as Harry Potter had a crap life before Dumbledore whisked him, you get the feeling that things are about to change in a magical way for Wyatt. In the same way that Max grew from the melancholy in Where the Wild Things Are to appreciate his life, Wyatt seems to be on a similar journey. 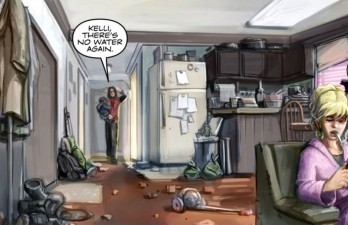 The carefree fun attitude doesn’t always work for these books. Avery Fatbottom in particular needs to introduce more conflict in the next few issues to avoid becoming stale, but the tone of all four is a breath of fresh air. Why more comic books aren’t made like this today, I don’t know. But at Monkeybrain they seem to be embracing an era before superheroes tore each other in half.

If you’re so inclined, you can take that walk down nostalgia lane at Comixology or the Monkeybrain website.