Broken Frontier proudly announces the winners of the 19th annual BF Awards, as voted for by you, our readers, and the BF team.

As another difficult year passes us by we can, at least, take some comfort from twelve months of incredible creativity in comics; whether that be solid genre narrative, experimental abstract work, socially relevant material reflecting the times we live in, or alt comics storytelling that inventively exploits the boundaries of the page. This year’s Broken Frontier Award nominations list embodied all that and much more, with 2022’s winners coming from across all aspects of the comics publishing world.

Some notable results this year included the Best Letterer category where Aditya Bidikar’s five-year run as winner came to the closest of ends as Hassan Otsmane-Elhaou just pipped him at the post. Sensory: Life on the Spectrum – An Autistic Comics Anthology was a popular winner in the Best One-Shot Anthology section, giving time to a subject that has had only minimal coverage in comics before, while Shanti Rai took the Breakout Talent Award in another incredibly close finish with less than a percentage point in it. And Zoe Thorogood gained double honours for It’s Lonely at the Centre of the Earth, one of the most remarkable examples of autobio comics you will ever read.

This year the Broken Frontier Hall of Fame has two new entries. We figured there are far too many deserving candidates and far too few years to induct them, so from this year we are doubling up. The Hall of Fame exists to showcase vital figures in indie comics with a decade or more of activity in either comics community endeavours or in bringing new voices and work to wider audiences.

As we come into 2023, then, we have two HoF names in independent publishing with around a quarter of a century publishing between them. Firstly Avery Hill Publishing who since 2012 have changed the UK indie comics landscape forever, bringing us the first books of such acclaimed names as Tillie Walden, Zoe Thorogood, Katriona Chapman, Tim Bird, and so many others. Their mission to “help aspiring creators reach their potential” and be “a home to the geniuses that the mainstream has yet to recognise” has given us one of the richest back catalogues in comics publishing. The British scene would be a much poorer one without them.

Secondly, C. Spike Trotman and Iron Circus Comics whose stated aim of “publishing strange and amazing comics, amplifying unheard and unique voices, and giving creators a fair deal” also echoes our own coverage ethos here at BF. Iron Circus’s emphasis on under-represented voices is also key here, with their ground-breaking use of crowdfunding models having allowed them to bring so many newer talents to readers through anthology projects. We’re delighted to give both publishers recognition in our Hall of Fame for their positive publishing endeavours.

Once again, thank you for voting, for your support for the BF Awards and for all your sharing on social media. Congratulations to all the winners and to the nominees! 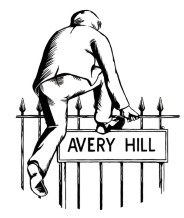 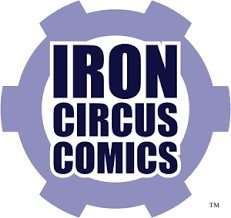