C2E2 was a fun con with something for everyone. I’ll spare you the details of my excellent shopping trip through the aisles and get right to the fun people I interviewed.

(Actually, they were less interviews and more hanging out, talking comics, and laughing a lot.) 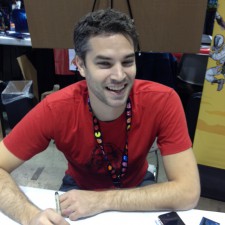 Chris Burnham (Batman Incorporated) is working with writer Grant Morrison on an all-new creator-driven horror project called Nameless  for Image. Although he can’t offer details at this time, he hopes to have it on the shelves sometime in 2014. 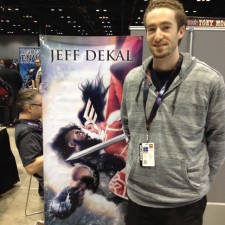 If Jeff Dekal’s cover work on Journey Into Mystery is any indication, we can expect great things from him in the future. He’s currently doing some work on Avengers for Marvel and Shadowman for Valiant. He’s also working between commercial projects to develop some personal concepts: “Sometimes an idea doesn’t let you go until you get it out, so I’m making some time to do that,” he told me.

Dave Wachter is hard at work on getting The Guns of Shadow Valley off to the printer. The Kickstarter version should be out in July and the Dark Horse version should hit the shelves in August. “It’s a project seven years in the making, so I’m excited to finally see it as a book,” he said.

He’s attending several cons this year in support of the book, including the Apple Seed con in Fort Wayne, Indiana; Heroes this June in Charlotte; the Cincinnati con in September; and another in West Virginia in August. For Free Comic Book Day, he’ll be at Phantom of the Attic in Pittsburgh. 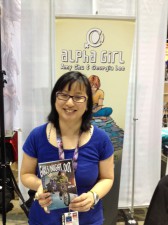 Amy Chu is another busy artist. She is working on CMYK for Vertigo and has a fourth edition of Girl’s Night Out in the pipeline. She has also collaborated on some enjoyable projects with Janet Lee and with Agnes Garbowska. Her work will also be in this year’s Comic Book Legal Defense Fund (CBLDF) annual. 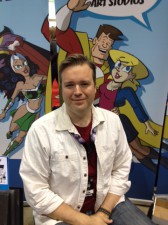 Thom Zahler is taking a break from Love & Capes and wants to return to it when he has a story to tell in that universe that he’s excited about. However, the Love & Capes omnibus edition is due out in June and should keep fans happy. He’s still working on My Little Pony, and recently wrote an episode of the Ultimate Spider-Man cartoon. 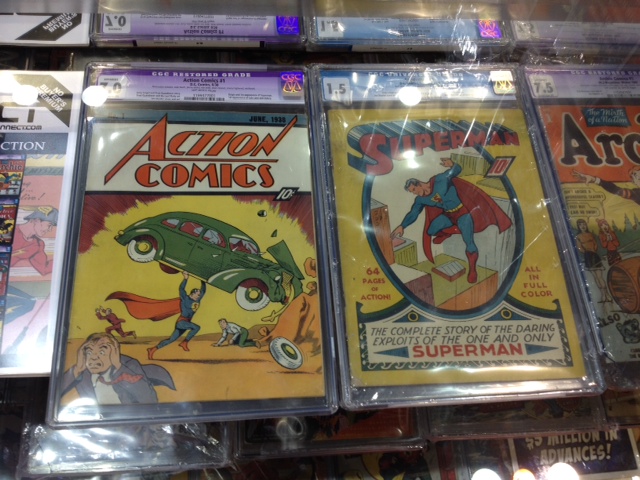 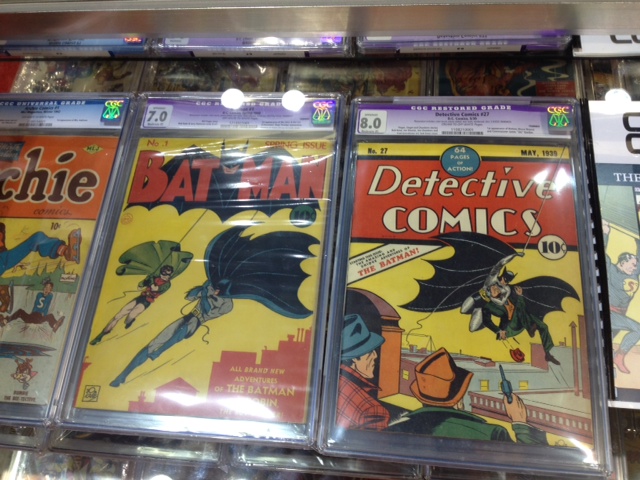 Shopping through a con takes you to a lot of comics dealers, but none at C2E2 had a display case quite like the one at Metropolis Comics. A small crowd had gathered around it, so I stopped by to see what had created the stir.

And there they were – Batman #1, Detective Comics #27, Action Comics #1, and Superman #1. Yes, they were real! I’ve seen images of these iconic comics my whole life, but I’ve never seen them in person until now. Thanks, Metropolis Comics! 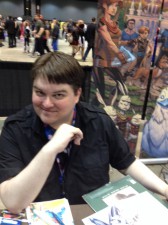 Jeremy Dale loves comics. Period. And so will you if you spend any time talking to him (go see him at a con, you’ll have a fun conversation). He is working on Skyward full-time these days and has turned down offers of work from Marvel, DC, and other publishers to focus on his own work.

“I needed to build something of my own and commit to it. You see people with long careers in comics, but they are usually the ones who started something of their own. And that’s big because you have to manage the whole project and the people you get to help,” he said.

“This is our tenth show of the year so far, and there is no better place to build up a fan base than a con. I meet with retailers at cons and they have been really helpful because they have a different, business-oriented approach to comics. I’ve learned a lot.” 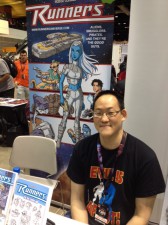 Sean Wang is working full-time on Runners. His successful Kickstarter-funded Volume 2 – The Big Snow Job – is out now, and Volume 3 is in the works. The New England-based artist is going to stay busy with a travel schedule that includes 10 shows this year. 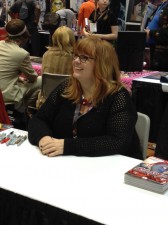 The very long line to see Tomb Raider scribe Gail Simone was a pretty good indication that she was going to have a busy afternoon.

My thanks to everyone who took the time to talk about their work with me so I could share it with BF’s audience. It was a fun con with great guests. I hope they beef up the panels in the future, with more creators discussing their work: the ones they offered were very well received.