With an established pedigree in graphic biography SelfMadeHero‘s comics studies of influential or inspiring lives are always worth checking out. This month sees the publication of Alice Guy: First Lady of Film, a spotlight on a forgotten pioneer of cinema. More details in the press release below. 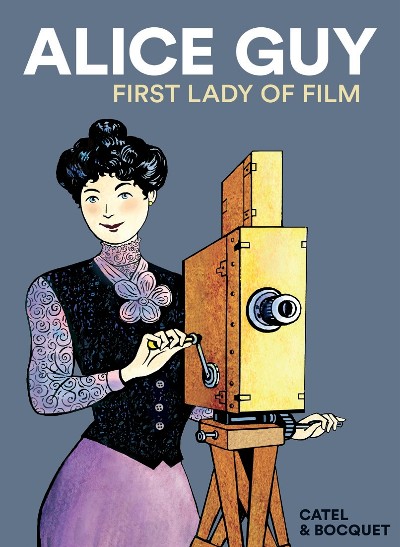 In 1895, the Lumière brothers invented the cinematograph. Less than a year later, 23-year-old Alice Guy, the first female filmmaker in cinema history, made The Cabbage Fairy, a 60-second movie, for Léon Gaumont, going on to direct over 300 films before 1922. Her life is a shadow history of early cinema, the chronicle of an art form coming into its own. A free and independent woman, rubbing shoulders with luminaries such as Georges Méliès and the Lumières, she was the first to define the professions of screenwriter and producer. She directed the first feminist satire, then the first sword-and-sandal epic, before crossing the Atlantic in 1907 to become the first woman to found her own production company in New Jersey. Alice Guy died in 1969, excluded from the annals of film history. In 2011, Martin Scorsese honoured this cinematic visionary, “forgotten by the industry she had helped create”, describing her as “a filmmaker of rare sensitivity, with a remarkable poetic eye and an extraordinary feel for locations”. The same can be said of Catel & Bocquet’s luminous account of her life. 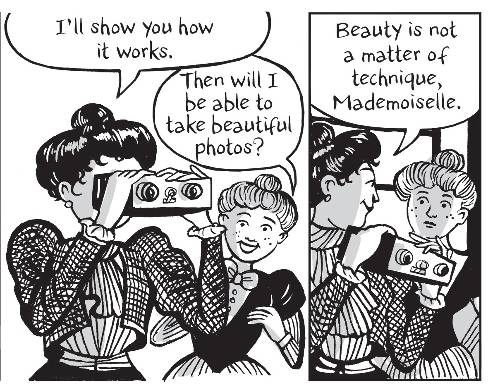 Already known for their collaborations on well-regarded biographies such as Kiki de Montparnasse (SelfMadeHero, 2012) and Josephine Baker (SelfMadeHero, 2017), the writer-artist duo team up again to tell the inspiring story of Alice Guy’s huge, yet largely forgotten, contribution to the beginnings of cinema.

Catel Muller, a graduate of Strasbourg’s distinguished College of Art, specializes in graphic novels that portray remarkable women. Her account of the life of the writer and feminist pioneer Benoite Groult (2013) received the Artemisia prize for a graphic narrative by a female artist. Since then, her “bio-graphical” depictions of history’s forgotten women – Kiki de Montparnasse, Olympe de Gouges, and Josephine Baker – have been published and translated around the world. Awarded the prestigious Prix Diagonale Jury Prize in 2018 for her sustained achievement, Catel has established herself as one of the finest graphic novelists of our time.

José-Louis Bocquet has published eight crime novels, and is also the biographer of Asterix author Rene Goscinny, film director Henri-Georges Clouzot, and Belgian comics artist Andre Franquin. His work as a screenwriter has involved collaborations with film directors Georges Lautner, Pierre Jolivet, and Patrick Grandperret, and the artist Herve Di Rosa. The graphic novels to which he has also contributed include work by Serge Clerc, Steve Cuzor, Stanislas, and Philippe Berthet. Between 2006 and 2020, he ran the Aire Libre imprint for the French publishing house Dupuis.

Check out more coverage of SelfMadeHero here at BF.