Love Looks Away is a graphic memoir that emphasises the underlying delicacy of memory; of how small, isolated and fragile moments combine to create our own personal narratives. 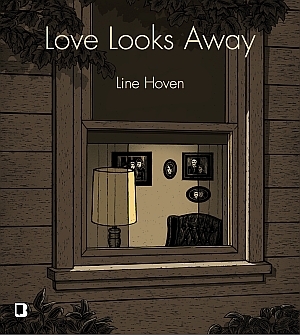 In Love Looks Away German comics creator Line Hoven expands the standard boundaries of the graphic memoir from the personal to the generational in an account of family history that criss-crosses Europe and North America over a period of decades. A fragmentary tale told in four short acts it begins in pre-wartime Germany with a study of her grandfather’s boyhood. From there we follow the gradual intertwining histories of the Hoven and Lorey families as cultures first clash and then attempt to assimilate, detailing along the way how Hoven’s American mother and German father met and began their life together.

In ‘Mendelssohn’, the first of these interlinked segments, we are introduced to the young Erich Hoven. This music-loving Hitler Youth member and avid radio enthusiast will go on to meet future wife Irmgard – Line’s grandmother – at one of the movement’s summer camps. A continent away ‘Baby, it’s cold outside’ recounts how her American grandparents Harold and Catherine fall in love after a chance encounter at an ice skating rink.

Jumping the years once again, in ‘Escape to the Future’ we return to German soil and meet Erich and Irmgard’s science fiction-obsessed son Reinhard. Finally, Harold and Catherine’s daughter Charlotte takes centre stage in ‘Come Closer’ which charts her time in Germany studying in Bonn where she begins a relationship with Reinhard; one that will prove to have its own challenges as post-war tensions prove a stumbling block to the smooth course of true love, and integrating into a new culture proves a test. 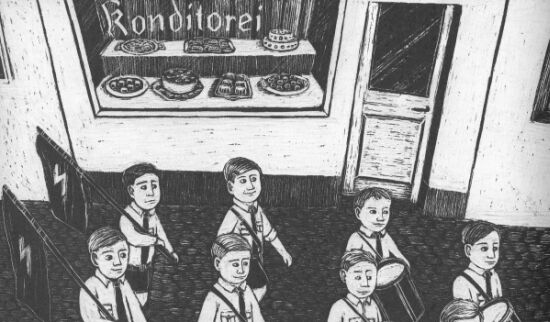 Hoven grounds all the short stories that make up Love Looks Away in a single item of ephemera – her grandfather’s identity card, two ice skating tickets, an invoice for a washing machine and a plane ticket all open each chapter as way of introduction. Individually, and stripped of context, they seem inconsequential; transient tokens of forgotten pasts. But each apparently insignificant article represents a pivotal stop on a journey that will come to narrative fruition with Reinhard and Charlotte’s marriage and the birth of Line herself.

Accentuating the importance of mementos as gateways to the past, each individual story ends with a series of family photos rapidly moving events on and filling in the years between sections in just a couple of pages. It’s a further reminder of how our recollections can be bound up in something that captures just a sliver of reality; one single instant symbolising an immeasurable multitude of aspirations, dreams and expectations. The book concludes with a beautiful coda involving a very young Hoven that underlines how mutable our sense of identity can actually be. 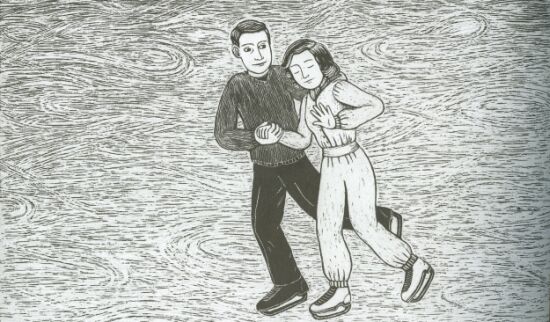 As a collection of stories Love Looks Away may appear slight in content but that’s an intrinsic part of the book’s thematic make-up. These are snapshots of time that emphasise the underlying delicacy of memory; of how small, isolated and fragile moments combine to create our own personal narratives. In that regard, Hoven’s art – meticulously rendered on scraperboard – has a suitably static feel to it that ensures the book’s pacing is leisurely and sedate, and encourages the reader to dwell longer on each individual panel to fully absorb the intensity and importance of each character’s mini-arc. 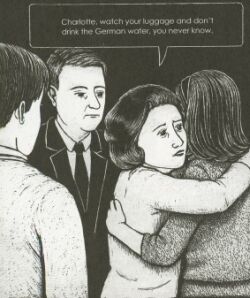 It’s an effective storytelling approach because within each of these vignettes – as short-lived and fleeting as they are – Hoven manages to fully encapsulate and communicate the characteristics and personality of the important players in her story. A distilled essence, perhaps, but one that still resonates and makes the audience feel an involved part of the cast’s world; empathetic with and invested in their hopes, desires and struggles.  Carefully crafted and thoughtfully constructed, Love Looks Away is a singular experience in the ever burgeoning world of the graphic memoir.

Line Hoven will be on the panel for the European Literature: The Graphic Novelists event at the British Library on Wednesday 14th May this week. For further details and a chance to win tickets to the discussion and the exhibition check out our article on it here.