Launched earlier this week on Kickstarter, new horror series Lurker is notable for us at Broken Frontier for featuring interior art by our 2019 ‘Six to Watch’ artist Anna Readman (2000 AD, Handlebar Gumbo, Area 07); a creator I described as “the future of British comics” a few years back. Anna’s style is well suited to this genre, as can be seen from the sample pages from writer Beanie White’s story below. Full details on the project and its rewards in the following press release.

Having introduced readers to Daughters of Albion earlier this summer, London-based creative studio Wild River Comics are back with a fresh Kickstarter campaign for their new horror title, Lurker! 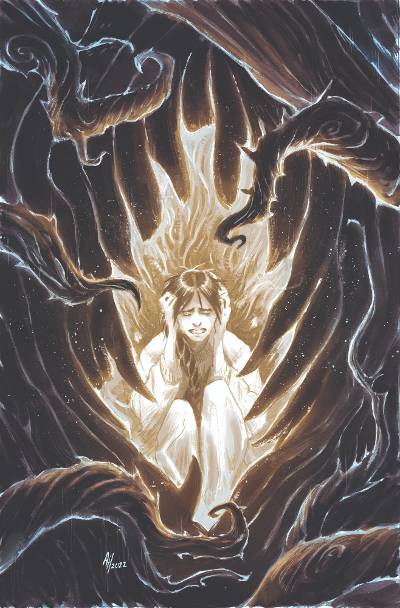 A cross between Uncle Creepy and Bob from Twin Peaks, Lurker is a shadowy figure who acts as both host and instigator for the stories he presents. Issue #1, subtitled Harriet Is A Tree, is a suitably unsettling introduction to the character through the tale of young Harriet and her mother.

“To me, trees are inherently good, giants of nature, literally giving us life,” says writer Beanie White. “I was interested in subverting that, thinking what would happen if trees were vessels for something else? Anna brought the gentle monstrosity of my tree to life in such a vivid manner, showing just the right balance between beautiful sentient guardian and jealous possessive creature.” 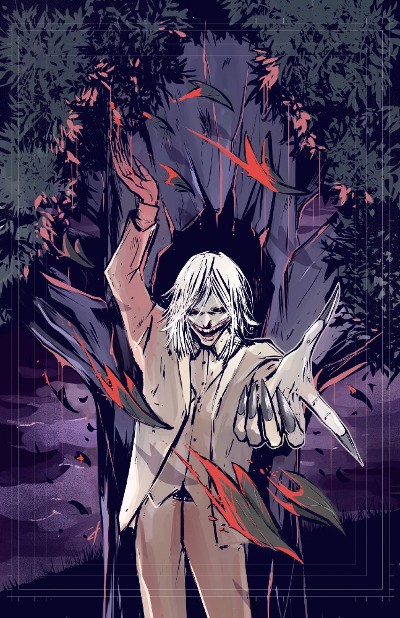 Joining Beanie for Lurker’s debut outing is artist Anna Readman, colorist Tanya Roberts, letterer Cardinal Rae, and editor Martin Eden. The Kickstarter edition of the comic comes with two gorgeous covers – a regular edition by artist Abigail Harding, and an exclusive variant by Paula Andrade – along with a host of other incentives.

Backers can choose between various tiers – ranging from digital and print editions of the comic to a Lurker T-shirt and Daughters of Albion catch-up pack. In addition to those offerings, there are six higher tier slots for dedicated fans – five of which come with a page of Anna Readman’s original art, and one that features Abigail Harding’s original cover art for issue #1. 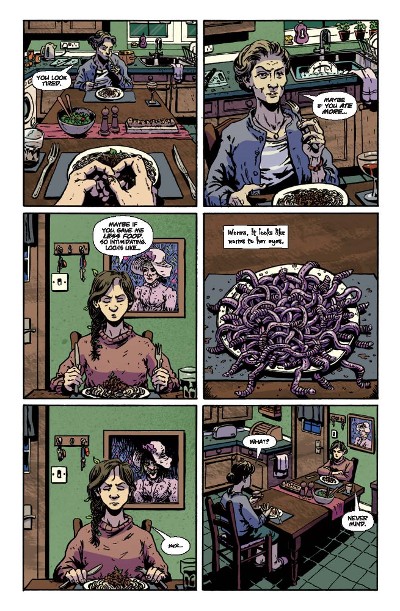 According to editor, Martin Eden: “We learned a lot during our first Kickstarter campaign, and one of the key things was the need to provide something special for our most dedicated fans. Having received Anna’s exquisite line art, it made sense to offer some of those at the higher tiers. She and Abigail both work traditionally, so being able to offer the original cover art well was just the icing on the cake.” 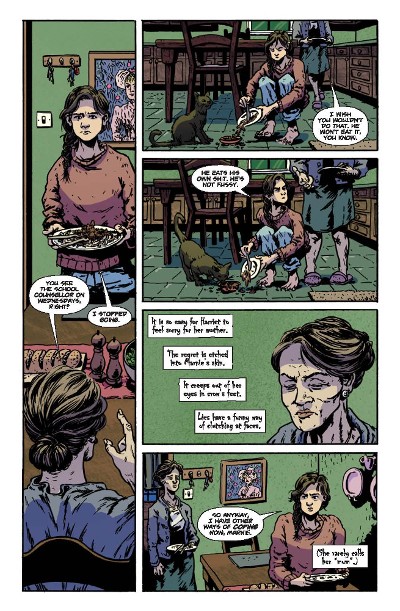 Wild River’s Kickstarter campaign launched on September 1 with an early-bird incentive of a Lurker enamel pin badge for the first 100 backers, along with a variety of rewards tiers to suit all tastes and budgets. 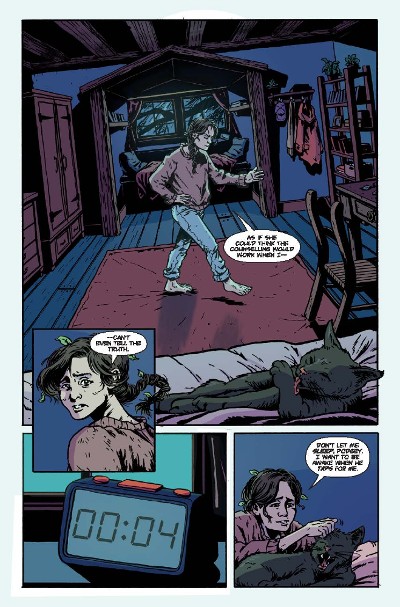 “Daughters of Albion will always be our flagship title, but we wanted to start exploring other corners of the world we’re building while we put the finishing touches on issue #2,” says studio head, Trevor Jayakody. “Lurker can be enjoyed on its own as a timely Halloween read or viewed through the lens of the wider universe.” 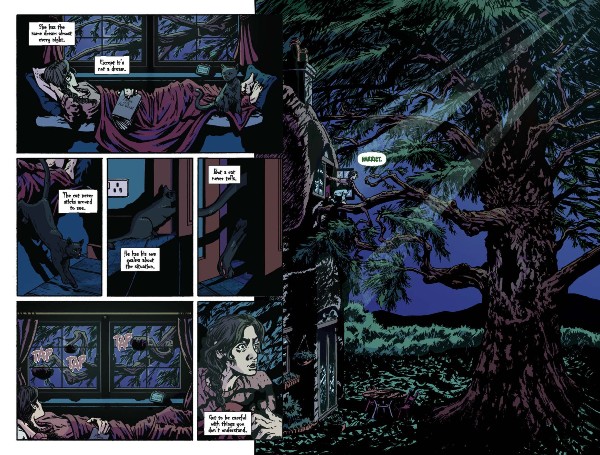 Fans who have picked up Daughters of Albion #1, or are just discovering Wild River Comics today, can head to wildrivercomics.co/kickstarter to check out the campaign and pledge their support for Lurker on Kickstarter.