The long-awaited grand finale of creator Gustaffo Vargas’s Peruvian cyberpunk series Altiplano is here, and it’s a denouement that does not disappoint. Pilcuyo is the third chapter in the Altiplano storyline, and the fifth foray in total into this near-future South American world of cyborgs, mercenaries, street gangs and government corruption. Pulling together disparate plot threads into a cohesive whole, it’s a satisfying culmination for one of the very best self-published genre comics series of recent years. 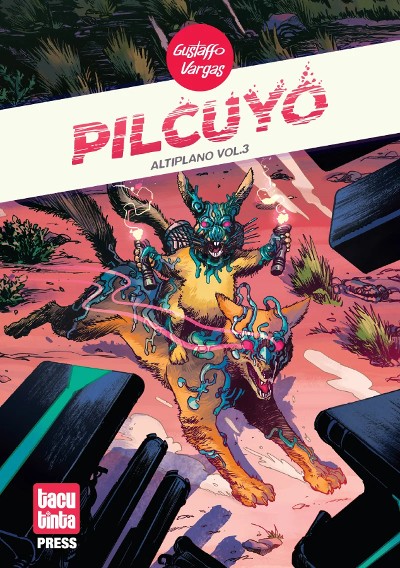 Of course when reaching the final part of a long-running saga like this there’s a question as to who a review is actually serving? Those who have been with the project since its inception will no doubt have already picked up a copy while potential new readers will have little desire to read discussion of major plot points that may spoil any potential exercise in catching up with this acclaimed run of stories. So concentrating less on narrative and more on Vargas’s visual storytelling seems a more appropriate route to go here in order to attempt to entice a larger audience to sample the entire run. 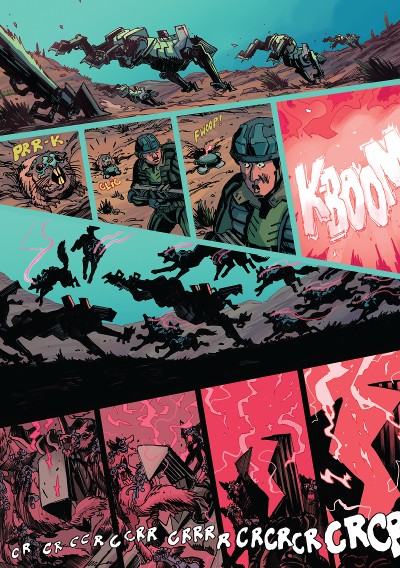 Briefly then, as we come to the point of closure for this cast (for the moment at least one hopes), our protagonist and former gang member Lila is caught up in the midst of forces outside of her control. Major corporate interests are after an important asset that is connected to Lila’s past. It’s a situation that will bring various factions into conflict in the Peruvian highlands, as their interests converge and mercenaries, cyborgs and bio-engineered wildlife clash in an explosive final battle… 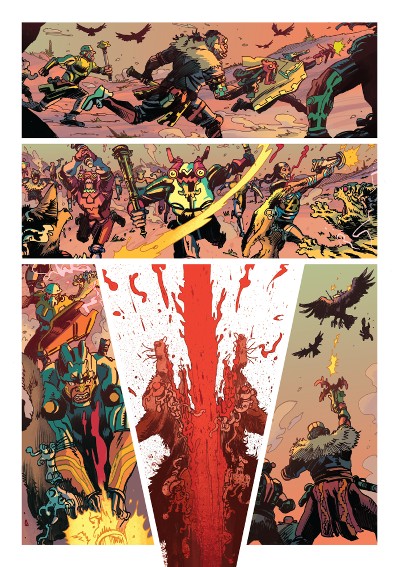 Pilcuyo provides a strangely poignant epilogue amongst all the high-octane and ostentatious battle scenes, with Vargas reminding us of the humanity at the heart of his otherwise climactic and action-packed concluding chapter. But it’s those frenetic and dynamic sequences that are the obvious eye-catching attention-grabbers. The sample pages shown here are not necessarily even some of the most impressive examples in the pages of Pilcuyo but they still serve to reflect Vargas’s consistently inventive use of page and panel structures to recreate a sense of movement and vantage point. 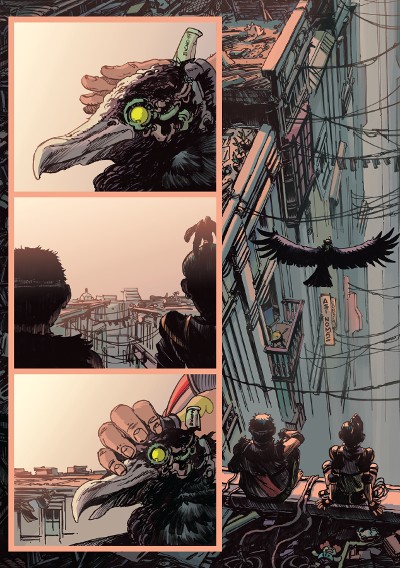 Look at the sample pages here to see how triangular tangents communicate the frenetic fury of the battleground by constantly disorienting the reader, or how perspective is used in the scene where the burrowing cyborg rodent blows up a soldier with a sense of almost comedic timing and slapstick violence. Similarly, different viewpoints of the clashing forces create an immersive sense of the frenzy of the events depicted. 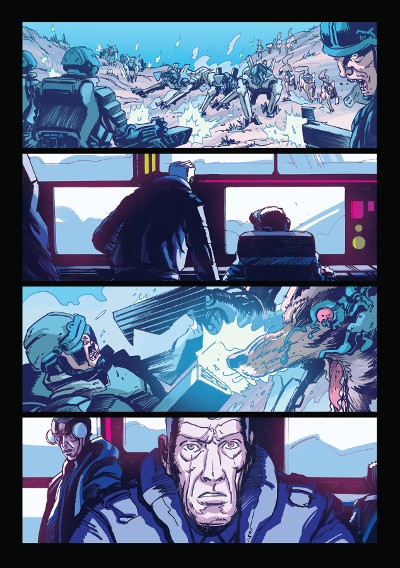 Gustaffo Vargas is not exactly UK indie comics’ greatest kept secret but he is one of its most undervalued talents, because work like this deserves to be seen on a far greater stage. Let’s hope a collection of these five issues is on the cards and that our next trip to the worlds of Peruvian cyberpunk is not that far away.