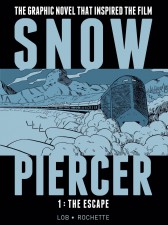 Titan Comics announced a world-first English translation of the acclaimed French comic, in a pair of graphic novels hitting stores in early 2014 ahead of the US release of the film! Volume 1: The Escape is released January 29, 2014, with Volume 2: The Explorers following February 25, 2014

Coursing through an eternal winter, on an icy track wrapped around the frozen planet Earth, there travels Snowpiercer, a train one thousand and one carriages long. From fearsome engine to final car, all surviving human life is here: a complete hierarchy of the society we lost…

The elite, as ever, travel in luxury at the front of the train – but for those in the rear coaches, life is squalid, miserable and short.

Proloff is a refugee from the tail, determined never to go back. In his journey forward through the train, he hopes to reach the mythical engine and, perhaps, find some hope for the future… 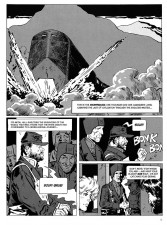 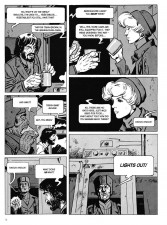 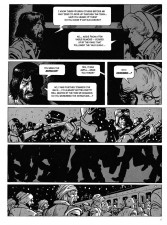 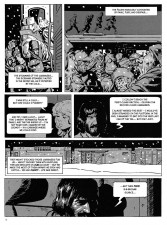 The thrilling original graphic novels have been adapted into an astounding new film directed by Joon-ho Bong (The Host), starring Chris Evans (Captain America), Alison Pill (Scott Pilgrim Vs. The World), Tilda Swinton (The Chronicles of Narnia, We Need To Talk About Kevin), Jamie Bell (Billy Elliott, The Adventures of Tintin), Ed Harris (A History of Violence, The Abyss, Apollo 13) and John Hurt (Hellboy, V For Vendetta, Alien, Doctor Who), and distributed in the U.S. by The Weinstein Company, and due for release in Q1 2014

Written by the late Jacques Lob, winner of the Grand Prix de la ville d’Angoulême, and Benjamin Legrand, the author of numerous thriller novels, screenplays, and comic scripts, Snowpiercer is illustrated by Jean-Marc Rochette, who has worked across a variety of projects and genres, from science fiction comics to children’s cartoons – including adaptations of Voltaire’s Candide and Homer’s Odyssey.