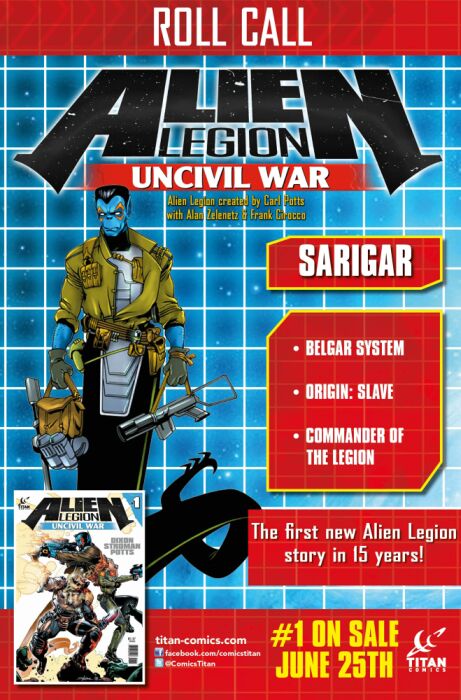 The new Alien Legion series from Titan Comics debuts this week from the team of Dixon, Stroman and Potts.

THE CLASSIC SERIES RETURNS, BLASTING ITS WAY INTO AN ALL-NEW BATTLE-SCARED, LASER-RAVAGED ADVENTURE!!!