SlefMadeHero have made their Spring 2023 publishing slate known and there’s some huge names involved this time around including perennial SMH faves Reinhard Kleist and Oscar Zarate. Full info below.

“ART IS A DISAGREEMENT…”
“I like Caravaggio, you like Basquiat. We both like Frida Kahlo, and Warhol leaves us cold. Art thrives with such spirited sparring.” Here at SelfMadeHero we’ve always agreed with those words of Bob Dylan’s – or at least felt free to disagree. Our own spirited Spring 2023 list accordingly celebrates the long tradition of groundbreaking artistic dissent, and includes a brilliantly vivid biography of Frida Kahlo herself. 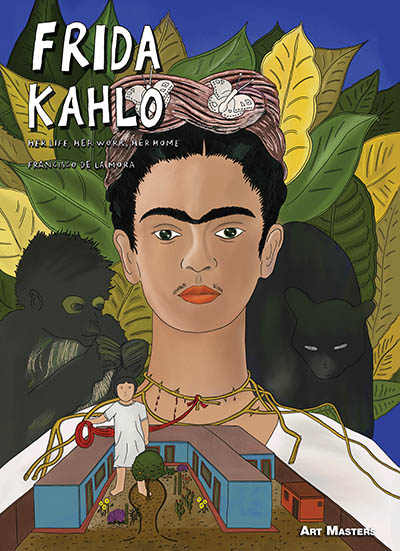 Released in March, Francisco de la Mora’s Frida Kahlo: Her Life, Her Work, Her Home explores the public and private faces of this iconic artist, whose transformation of personal pain and political vision into unforgettable art has made her one of the most inspiring personalities of the 20th century. This latest addition to our ART MASTERS series depicts and defines the astonishing context against which her paintings struggled to be seen, her emergence from the shadow cast by her on-off life-partner Diego Rivera, and the beautiful home she created in Mexico City.
RRP £15.99 (72pp, colour, hardback) ISBN: 978-1-914224-10-2 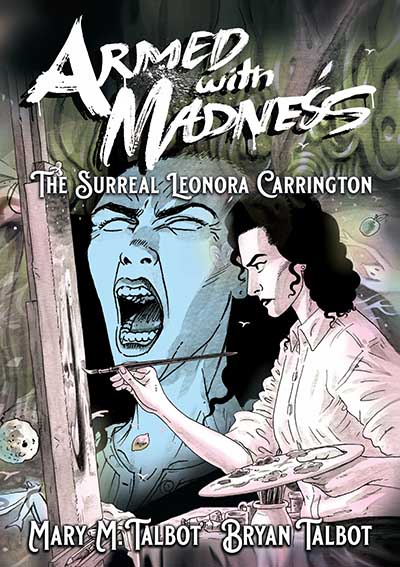 In May we celebrate another reluctant muse and feminist champion. Armed with Madness: The Surreal Leonora Carrington, from the acclaimed team of Mary M. Talbot and Bryan Talbot, tells the astonishing story of another hidden genius. Only ten years younger than Frida Kahlo, the no less troubled life and art of Leonora Carrington – painter, writer, activist – tracked and traced the surreal turmoil of the 20th century. Born to the purple of an English elite, Leonora came to keep company with Paris’s 1930s avant-garde, escaped the brutalities of Nazi Occupation and psychiatric confinement, and found contented exile in (where else but?) Mexico City…
RRP £19.99 (144pp, colour, hadback) ISBN: 978-1-914224-12-6 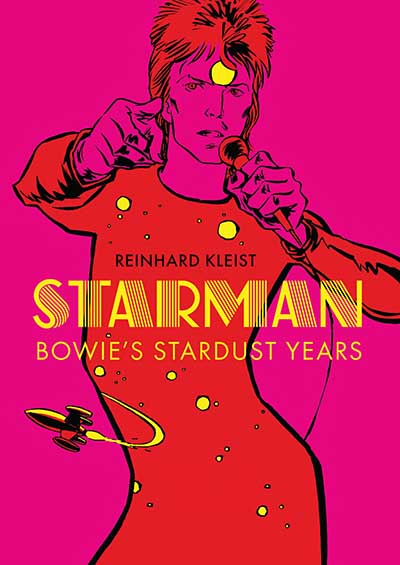 … AKA “Suffragette City”? David Bowie famously visited the Frida Kahlo Museum in 1997, and it was one of Leonora Carrington’s short stories that inspired his final single, “Lazarus”, in 2016. But that was long after the appearance of his most original chameleon creation – now the subject of the multi-award-winning Reinhard Kleist’s stunning new graphic novel, launching this April. Starman: Bowie’s Stardust Years relates the genius of that slow genesis, and the enduring impact it made on cultural history – as well as the toll its performance took on Bowie himself.
RRP £16.99 (176pp, colour, paperback) ISBN: 978-1-914224-08-9 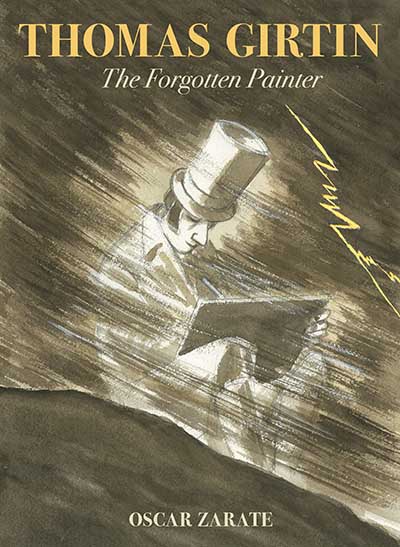 And talking of visionary South Londoners, we are proud to confirm the publication in June of Thomas Girtin: The Forgotten Painter – the long-awaited new work by veteran graphic novelist Oscar Zarate. A friend and rival of the great J.M.W. Turner, by the time of his early death in 1802, Girtin had already transformed the humble art of watercolour into a transcendent medium. Interweaving historical narrative with modern fiction, Zarate’s own masterpiece pays unique homage to this neglected pioneer.
RRP £34.99 (384pp, colour, hadback) ISBN: 978-1-914224-07-2 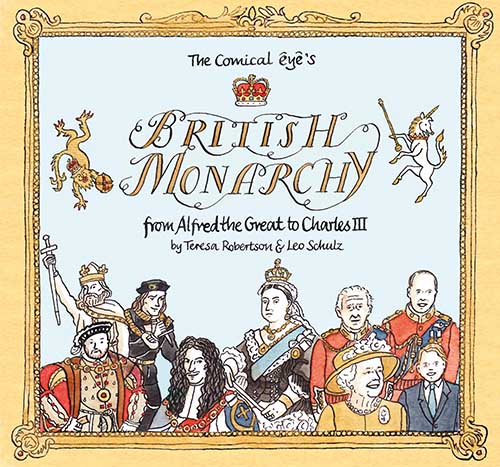 STOP PRESS! Ahead of our new King’s coronation in May, we are proud to be publishing The Comical Eye’s British Monarchy: From Alfred the Great to Charles III, Teresa Robertson and Leo Schulz’s quirky chronicle of the Royal Family. From Anglo-Saxon and medieval times, when princely brothers violently squabbled and ambitious stepmothers were suspected of plots, to these our more enlightened times, this unique booklet unfolds our thousand-year history into a double-sided, single-sheet poster – an alternative strip-cartoon Bayeux Tapestry for the 21st-century.
RRP £9.99 (foldout colour booklet) ISBN: 978-1-914244-13-3