With a remit to bring together “past, present, and future” works for their 25th anniversary, Conundrum Press’s ‘Conundrum 25’ series is described as “a landmark series of gemlike volumes, presenting masters of the graphic short story form at work in a range of styles.” It’s a characteristically eclectic project of portable one-shots that could easily fit in a jacket pocket from a publisher that always delights in spotlighting the diversity of the form. 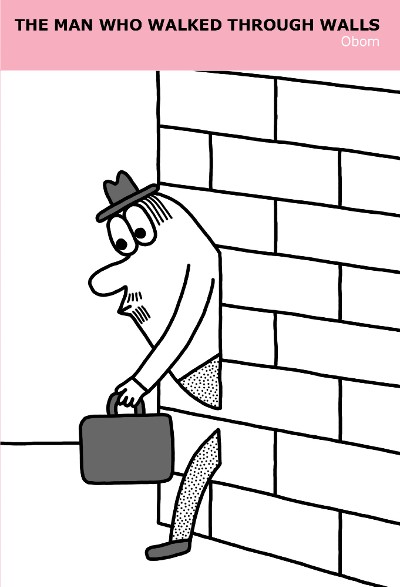 With the instant draw of a playfully comics-centric tagline like “With great power comes… great misfortune?” The Man Who Walked Through Walls by Obom (cartoonist Diane Obomsawin) is an adaptation of French novelist Marcel Aymé’s 1943 prose short story. Wolfman Dutilleul’s humdrum life is changed forever when, after a power blackout in the city, he discovers that he has suddenly developed the unlikely ability to walk through walls. After seeking medical attention Dutilleul begins using this strange power, at first in petty acts of vengeance against his bullying boss, before entering into a life of crime, and ultimately manipulating his control of intangibility to find true love. But his actions will ultimately have sobering consequences as his behaviour becomes more and more reckless… 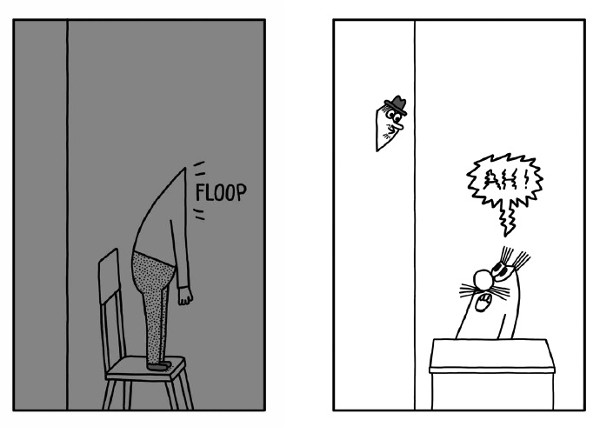 Obom retells the original in 60-plus one-panel pages, a perfect fit for the physical dimensions of the book and one that allows the reader to dwell on and appreciate the comedic composition of each panel. The story is recreated here with the humour played up by the use of a caricatured cast whose over-sized heads and neckless bodies allow the more wonderfully ludicrous elements of the premise to seem all the more pronounced. 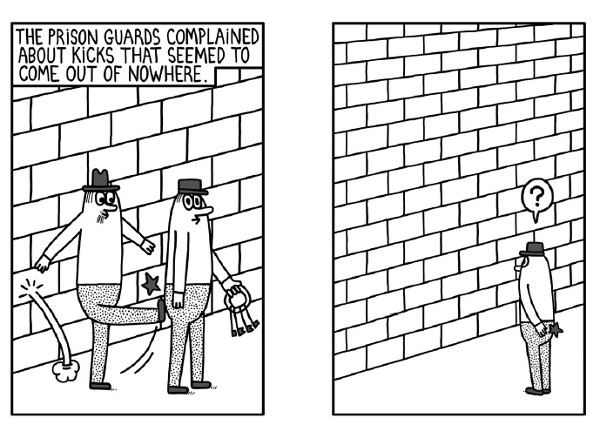 Full of whimsical sight gags and some ingeniously paced moments of incorporeal slapstick, The Man Who Walked Through Walls works its way up to a most appropriate punchline denouement. Witty and clever in its use of the medium to enhance the urban fantasy of its source material this is a recommended starting point for anyone looking to explore the Conundrum 25 series.