Titan Comics reveals new wave of titles by a host of stellar writers and artists at New York Comic Con 2013! 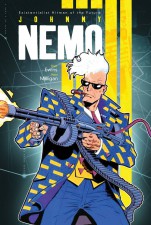 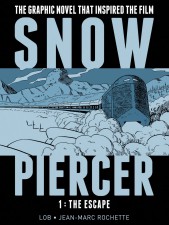 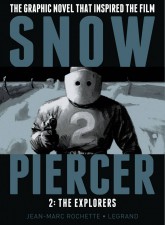 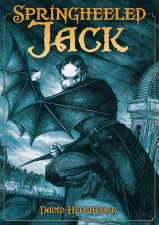 Brand-new collections to add to Titan’s blossoming deluxe library include a cutting-edge two-volume English edition of the never-before-translated French science fiction masterpiece Snowpiercer. Snowpiercer – about a postapocalyptic train that can never stop, its thousand carriages housing all that’s left of humanity – has been adapted into an astounding new film directed by Joon-ho Bong (The Host), starring Chris Evans, John Hurt Tilda Swinton, Ed Harris and Jamie Bell, distributed in the USA by The Weinstein Company, and due for release in Q1 2014.

Senior Comics Editor Steve White explains, “Our first year as Titan Comics has been all about establishing our brand, and proving to retailers and readers that we have a unique voice, a distinctive catalog, and that we can deliver on our promises. Well, we’ve delivered both resurrected and refurbished classics from the backlist and jaw-dropping stunners from the vanguard of the new, so 2014 is going to be all about blowing the bloody doors off!”

Publisher Nick Landau adds, “We’re very excited to be announcing the second wave of our creator owned titles which we’ll be discussing in detail at the New York Comicon. Come see us at the panel on Sunday October 13th at 3.45pm in Room 1A01, meet the creators and be in at the very beginning…!”