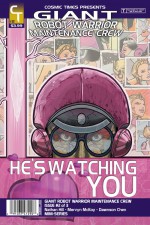 New York Comic Con is the comics industry’s biggest east coast event, and two east coast publishers intend to exhibit together with their flags raised high. New York has traditionally been the epicenter for the national comic book market, and beyond being a cultural hub, New York is where many staples of the modern comic book world were created. As South Florida-based publishers, it has proven difficult to get noticed by the larger comics community.

That’s why CREATURE ENTERTAINMENT and COSMIC TIMES have decided to work together to show New York (and the world) that South Florida produces amazing comics talent.

Though their philosophies are polar opposites, Cosmic Times publisher Martin T Pierro and Creature Entertainment EIC Juan Navarro share a vision where South Florida is recognized with Chicago, Seattle and San Diego as a legitimate force in the comic book marketplace. They intend to stand proudly as ambassadors for the Florida comic book scene at the New York Comic Con, to tell the world that with its unique style Florida has much to offer.

To help fund this endeavour both studios have put aside their differences and have created a Kickstarter campaign with several exclusive rewards. The focus of the campaign is the special “No Sleep Till …” collected edition, for the first time both publishers have set aside ego and are collecting the BEST that they have to offer into this 100+ page trade paperback. 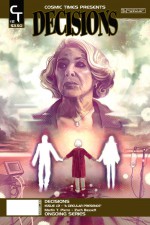 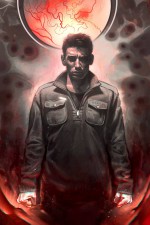 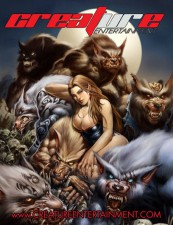 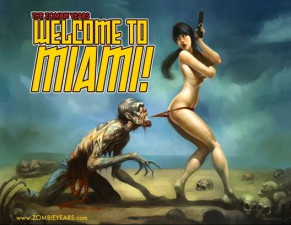 Cosmic Times is the creation of writer/publisher Martin T. Pierro. Pierro has had a long history of working in the entertainment industry. Over the last 20 years he has found success in film, television, music & live theater, in 2008 he brought this experience to his first love – comic books. The ultimate goal of Cosmic Times has always been to place quality high-concept storytelling above all else and with projects such as Deep Space tragedy, Giant Robot Warrior Maintenance Crew, Dynamo Joe and Arthur: The Legend Continues, they continue to remain focused on that goal. The future success of Cosmic Times depends on breaking in to the larger comic book marketplace. Strides are being made as Florida-based comics conventions such as Florida SuperCon, MegaCon, and PalmCon continue to grow. The success and growth of these shows has given Pierro the resolve to move forward and take Cosmic Times to next the level.

Creature Entertainment is a Miami-based multimedia entertainment company focused on comic book and film properties. They have been telling these stories 2008, creating high quality books and films that push boundaries. The Creature Entertainment fellowship is comprised of artists, filmmakers, audio engineers, toy makers, designers, photographers, writers, creative directors, editors, and prop makers. The quality of their work and personal attention to fans is helping them build a brand at comic conventions and film festivals. They see how the word is spreading and are motivated to take the next step.

More information about Creature Entertainment can be found here –