Douglas Noble continues to curate his Strip for Me imprint’s A Pocket Chiller line with an incisive eye for the weird, the experimental and the sometimes enticingly obscure. It’s become a platform for long-serving small pressers whose efforts formed the foundation of the UK scene we enjoy today, alongside newer voices building up dedicated followings with their alternative approaches to graphic narrative. What’s more, the series of one-shot, discrete, told-in-one stories has become so regular in delivery that a number of issues have been published between my last A Pocket Chiller review and today’s look at the twentieth issue The Creeping Shadow. 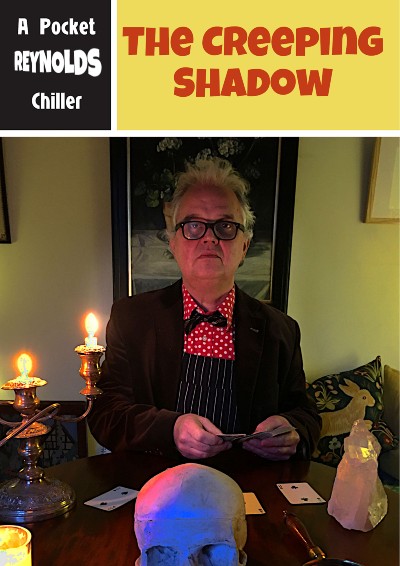 I looked at a previous Chris Reynolds edition of A Pocket Chiller when I reviewed The Sands of Fear last year at BF. Like that offering The Creeping Shadow is also told in the photo-comic format that longer-term UK readers may remember from the second incarnation of The Eagle or in various teen girls magazines of the 1970s and ‘80s. 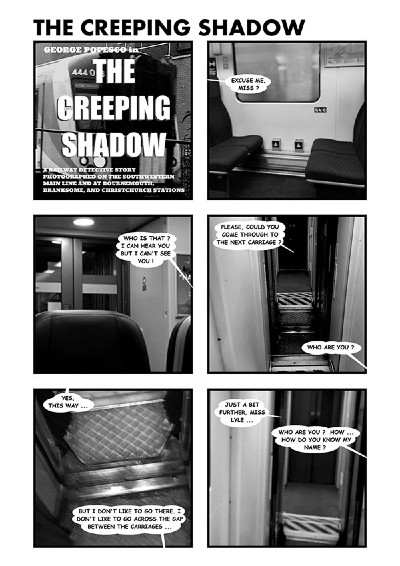 A Creeping Shadow is a somewhat tongue-in-cheek supernatural mystery story featuring the eccentric railway detective Augustus Sunderland who is assigned to investigate why workers on one company’s project – the Thunderjet Afterburner – are being killed off one-by-one in bizarre railway accidents. Sunderland suspects skull magic, something normally only used by the ghosts that hide among passengers on underground trains, is being used to bring this about. But what are the connections between the supernatural forces at play and Hawkchief Aviation, the developer of the Afterburner? What is the role of the skulls of the navvies who died in the railway’s construction in proceedings? And how intimately connected to events is Augustus himself? 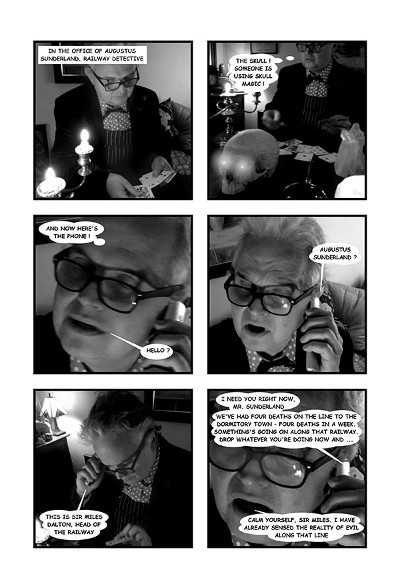 It goes without saying that the narrative process for a photo-comic has its own unique idiosyncrasies; the obvious challenges of working within expressive confines balanced with the atmospheric opportunities that the (near) pure realism can offer. Largely using just one photo-actor (George Popescu) Reynolds turns that limitation into an advantage; that sole point of focus giving the comic a charged sense of claustrophobia and eeriness. And while the supernatural “effects” are economical in their use that also works in juxtaposition with the mundanity of the story’s setting. Sunderland’s silhouette/profile is especially memorable giving the impression of a 1960s/’70s eccentric British cult television character. 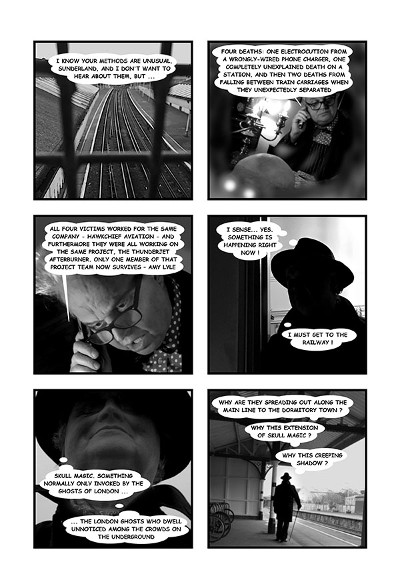 While the A Pocket Chiller series was initially launched as a digital-only project select issues have now been released in print. As I have said before, though, my dream presentation would be collected editions of these tales which, through their compilation in one volume, would so readily highlight the breadth of creative vision on show here. One day, perhaps…