While I totally understand creators focussing solely on their own individual creative expression I do sometimes dream of what collaborative endeavours from different UK small pressers might look like. “Jeff”, the twenty-first one-shot horror story in Strip for Me’s ongoing A Pocket Chiller series, puts together two past favourites from my ‘Small Pressganged’ coverage at Broken Frontier in the form of Dan Cox (Hitsville UK) and Fraser Geesin (The Cleaner: Man of Destiny) in a visceral horror thriller that proves to be one of the creepiest entries in the run to date. 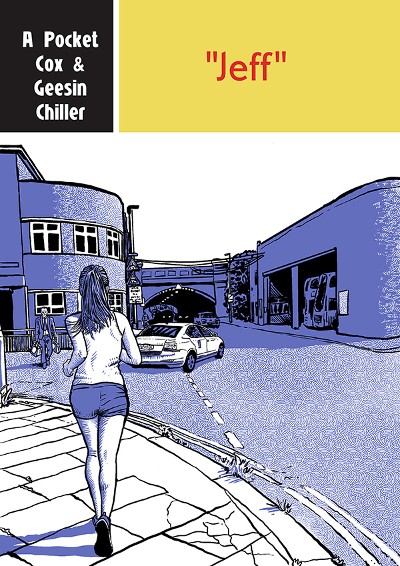 Dan Cox’s story concerns the titular Jeff, a character who seems to be everyone’s pal when they run into him again. Well at least after a moment of horrified repulsion that is. Jeff might have been your buddy in university halls, or the kindly bloke that returned your lost child to you in a shopping mall, or the family friend you haven’t seen since that christening. Jeff also has an insatiable appetite though and once you invite him into your home your entire existence will revolve around trying to satisfy his hunger. To the absolute exclusion of everything else… 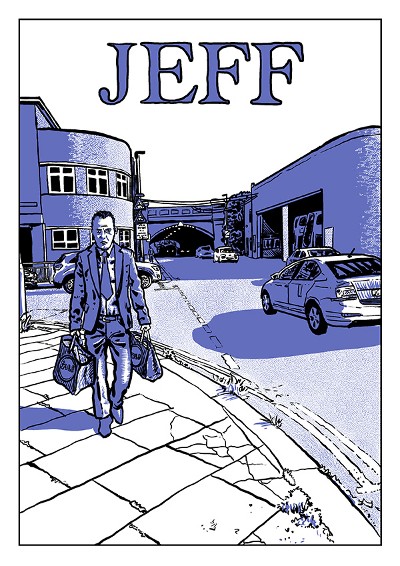 “Jeff” is proof positive of the old idea in suspense storytelling that less is more and, in this case, less is so, so much more because Cox and Geesin don’t simply invite the readers to use their imagination to fill in the gaps; they demand that they do with a force and vigour that is as compelling as it is deeply unsettling. This is achieved by the narrative device of the reader seeing events entirely from the off-panel and silent Jeff’s perspective as characters initially react to him with a terrified disgust that abruptly transforms into entranced camaraderie. 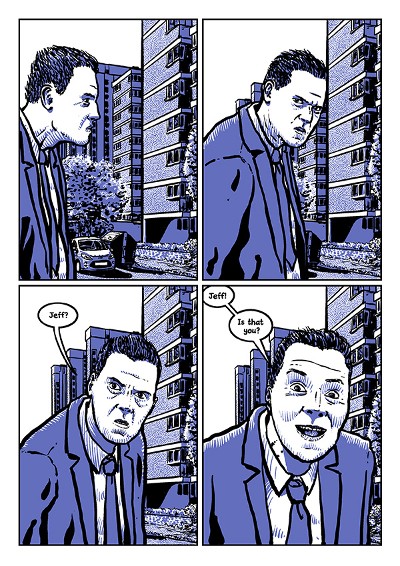 Geesin’s art is the perfect fit for Cox’s tale. He’s always had an ability to inject something brooding and indefinably dark into pedestrian settings in his work but here he mixes and matches the grotesque and the domestically banal as a family’s entire life becomes subservient to the unseen Jeff’s ravenous urges. As the comic progresses the evolving household squalor and decay becomes so virulent that it feels like we too could be consumed by its putrescent presence just through the art of reading. 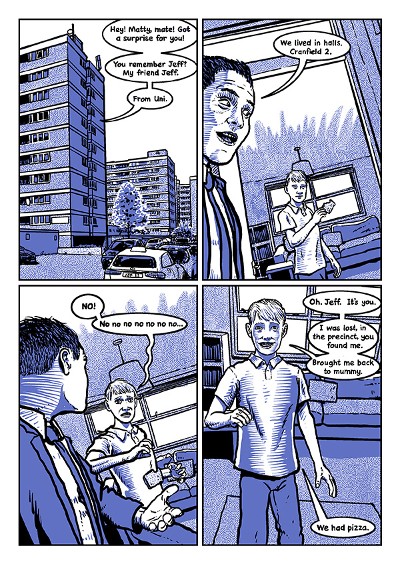 With a denouement that confounds expectations and again expects the reader to make their own interpretive leaps “Jeff” is indubitably one of the most disarming A Pocket Chiller issues to date. If you haven’t picked up on the series to date jump in with this issue. It’s an excellent example of Douglas Noble’s amazing curation of the line.