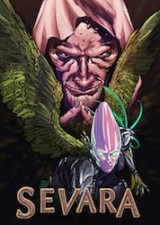 A shape-shifting goddess awakens in the distant future to find that the memories of her mortal life have corrupted humanity. Sevara is not another men-in-tights superhero comic book, but rather the story of one immortal woman determined to save the world one person at a time.

The story was inspired by historical and contemporary theological conflicts such as the Salem witch trials, the Spanish inquisition, the Crusades, and 9/11. “I came up with the idea of Sevara while sitting in a religion class, thinking about what Jesus and other prophets would think of how humanity had interpreted their words,” Damian Wampler, “but I originally wrote the story as a play. The visual aspects of the story however worked better as a comic book, so I adapted it, and the amazing artist Andre Siregar is bringing it to life.”

Published by Broken Icon Comics, which focuses on cutting edge sci-fi, fantasy, and noir, Sevara’s draw is the exquisitely detailed artwork. Drawn by Indonesian artists Andre Siragar and Anang Setyawan take readers through thousands of years of human history on a breathtakingly beautiful –and sometimes disturbing- ride. Sevara awakens in a future so distant it looks like our past. But what appears to be a peaceful bronze-age society turns out to be twisted by a cult of mystics who use Sevara’s own memories to enslave the weak.

Sevara was created by American Damian Wampler, and drawn by Indonesian artist Andre Siragar. The vivid colors are by Anang Setyawan, and the letters are by Steve Wands (American Vampire). 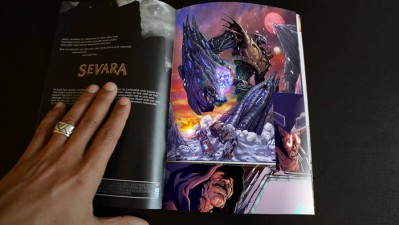 Sevara will ultimately be published as a 62 page graphic novel by Broken Icon Comics in the spring of 2015. Broken Icon will publish a 22-page single-issue preview however, called Sevara issue #0, in the summer of 2014 to introduce the character to readers.

At this time, you can only get a copy by pledging to their online fundraiser here: http://kck.st/19VqpXX until February 26 at midnight. A preview issue of the comic book will be available this spring, and the graphic novel will be available on Amazon.com in the spring of 2015. 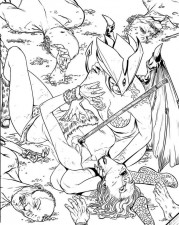 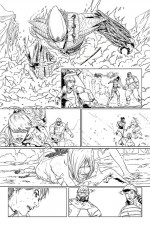 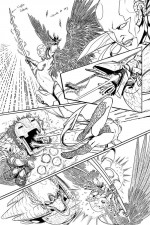 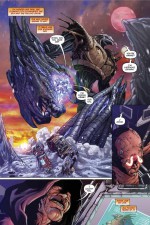 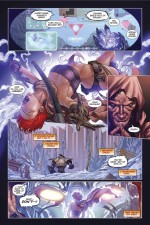 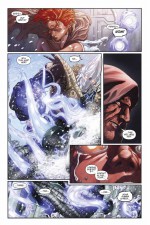