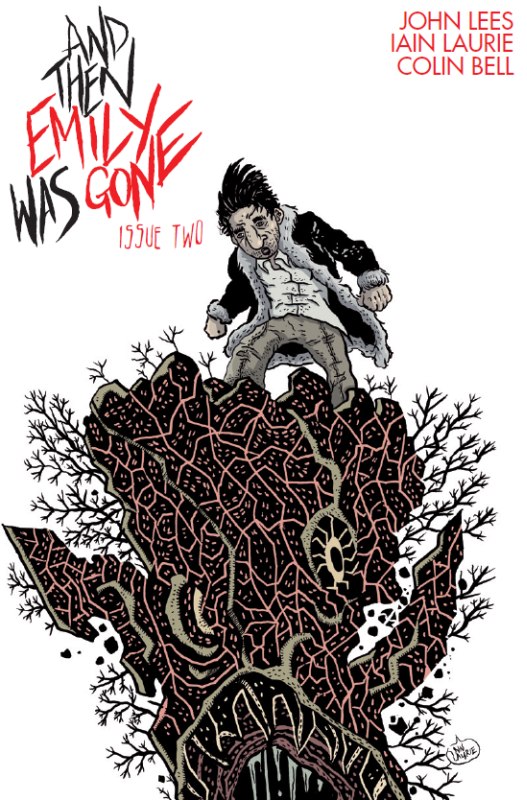 I reviewed the opening issue of John Lees and Iain Laurie’s And then Emily Was Gone a couple of months back in this column. It was a horror comic that was delightfully creepy; enjoyably unsettling in fact. But even in the body of that review I was careful to note that, as with any comics that rely on that traditional “mainstream” serialised storytelling set-up, time would tell whether the book would eventually live up to the premise of that foreboding beginning. And then Emily Was Gone #2 debuts at Thought Bubble this weekend and with this second issue I can firmly say that not only is it living up to those early expectations it’s exceeding them.

Let’s play catch up for the moment for those who have yet to experience this disturbing supernatural thriller. That first issue introduced us to Greg Hellinger, a former policeman cursed with a second sight that gives him visions of monsters. Into Greg’s world seeking help came teenager Fiona, resident of the tiny Scottish island of Merksay and friend to missing schoolgirl Emily Munro who disappeared after claiming an encounter with the creature of legend known as Bonnie Shaw.

That superficial précis covered the main narrative thrust of the last issue but there were a number of sinister subplots last time around that really come into their own in this follow-up. Story threads begin to converge as we discover how paid killers Vin and Louise’s path will intersect with Hellinger and Fiona’s. And we finally learn just what is in the strange box in Emily’s parents’ basement. And it’s beyond horrific…

Lees has constructed an enticing jigsaw of a story here; one that half the fun of is in seeing how the various interlocking pieces are slowly starting to come together. That diverse cast of richly drawn characters with their own particular defining foibles that populate both the book and its remote setting are just so effective in accentuating the ghastly atmosphere and building sense of tension that defines the world of And then Emily Was Gone. 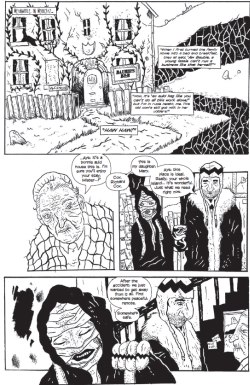 What can I say, at this stage, about just how disquieting Iain Laurie’s visuals are that I haven’t send on numerous occasions in ‘Small Pressganged’ whether it’s been in regards to And then Emily Was Gone #1 or his many collaborations with writer Craig Collins. This time my mind kept coming round to the weird caricaturing of the late, great British kids comics artist Ken Reid, only with every last ounce of humour squeezed out and just the utterly grotesque left behind. Few artists do macabre like Laurie does. In another lifetime, had he been working under the restrictions of the Comics Code Authority, you can only suspect they would have pulled a “Kev O’Neill” on him and refused to approve his work on the same nebulous grounds. There is just something indefinably, horribly wrong about it, and that’s what makes it so very, very alluring.

And then Emily Was Gone has one of those creative partnerships that just seems to click on every level. Lees’s ghoulish and tautly structured plotting is given a whole extra dimension by his co-conspirator’s gruesomely imaginative interpretation of the script. There’s something very special coming together in this layered horror mystery…

For more on the book check out John Lees’s blog here. Both issues of And then Emily Was Gone will be available at Thought Bubble at table 2 in the Royal Armouries Hall.