One of the most fascinating aspects of comics as a medium is the way in which that very special form of interaction between reader and page can lend itself to multiple interpretive responses to the same passage of work. Experimental sequential art often relies on the reader bringing personal experiences to the work, to infer from and evaluate through their own unique perspectives, and to find their own narratives as much from the spaces unfilled as from those filled. Gareth Brookes’s Ashes is a prime example of this; a one-shot that sits somewhere between comics and graphic narrative, with a hint of visual poetry thrown in for good measure. 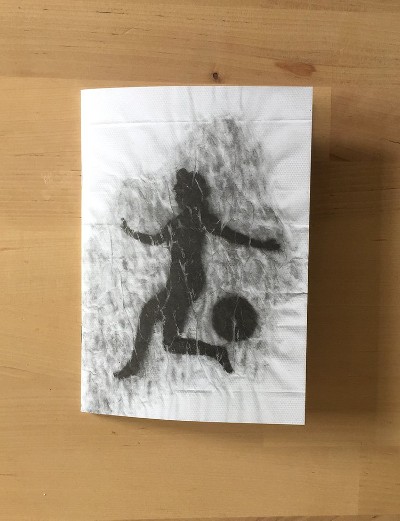 Brookes describes Ashes as simply “a visual meditation on erasure and (nuclear) winter.” Its 44 pages take us to an ashen urban nightmare; a post-apocalyptic world of smothered lives and suffocated stories. Stark, semi-abstract visuals hint at sudden disaster while specific images haunt us with impressions of lost innocence (a small child playing with a doll’s house melting into obscurity) or the grim weariness of Armageddon being pointlessly captured on camera phones. 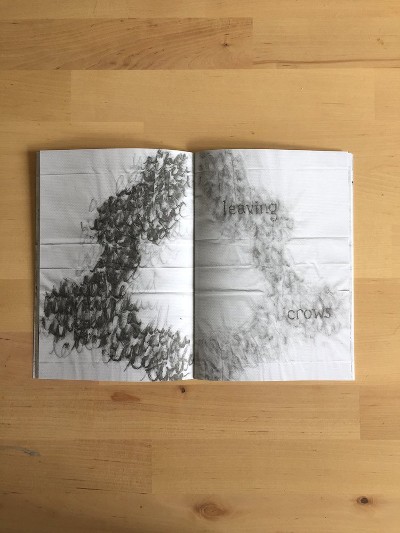 Throughout, the visual content is punctuated by words and short phrases that in their sparing use are all the more chilling (“…leaving crows… alone in being black…”). Scorings out, repetition of scenes through the specific creative process employed here, and the constant indistinctness of events, asking us to wallow in a mire of nihilism. Or at least that’s what I took from Ashes on my immediate reading. A second visit may well elicit alternative responses, or even an appreciation of it as an allegory for impermanence, change or the inevitable embrace of entropy. And I suspect that’s rather the point. 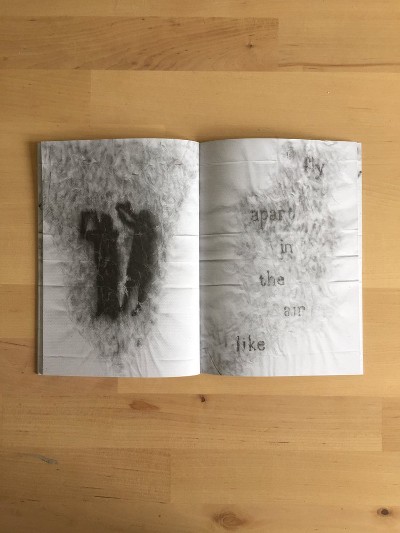 Brookes is well known for his alternative media of choice, in the past including pyrography, crayons, embroidery and linocut. Ashes appears to have used some form of tissue paper with the art being absorbed and bleeding through its surface to create such an unsettling atmosphere. For those well versed with his practice Ashes will be another intriguing and essential piece of Brookesian experimentation for the collection.