“These are super-bold, all-new takes on awesome characters by some of the best creators working in comics today,” says Nate Cosby, editor of the new line.  “I couldn’t be more jazzed to oversee the revamping and re-imagining of the Gold Key line, especially when the incredible stories are coming from Greg, Fred, Mark, and Frank, with beautiful art by Mirko, Cory, and more.  It’s a treat to work with these guys to dig down and find the core of each character, what makes them tick and why they’ve lasted for so many decades.  We can’t wait to show you what we’ve been cooking up!”

Originally published throughout the 1950s and 1960s as part of the Gold Key Comics imprint and followed by the monumentally successful run from Valiant Comics in the early 1990s, the titles Turok, Solar, and Magnus: Robot Fighter are immediately recognizable to the modern comic-reading audience.  Doktor Spektor, a title launched in the 1970s, rejoins its contemporaries for the first time in decades as part of Dynamite’s reimagined line.

Each contributing writer has shared their thoughts on the bold initiative:

Greg Pak, whose innovating writing style has propelled Batman/Superman to the top of sales charts, says, “When Nate Cosby told me the character he had in mind for me, I couldn’t stop grinning.
The original Turok, Son of Stone series featured a Native American warrior fighting for survival in a lost valley populated by dinosaurs.  I’m just going to go on the record and say that every single element in that description is solid gold.  I want to write stories with a Native American hero.  I want to write stories about fighting for survival. And you bet your boots I want to write stories about a world populated by dinosaurs.  And now you’re telling me I get to do all three?  For sheer thrills and adventure, this book is going to be a blast to work on.  And I’m always drawn to stories that feature diverse casts, so I love that a Native American hero headlines the book.  I’m also loving the worldbuilding we’re doing. We’re exploring the reasons why dinosaurs walk the earth and all of the social, historical, ecological, and political ramifications that follow.  This is huge adventure combined with mind-bending alternate history, and I couldn’t be happier.” 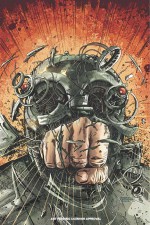 Fred Van Lente, a New York Times bestselling author and fan-favorite writer of Marvel Zombies, says, “I’m thrilled and honored to be reviving such a beloved series.  I loved the original Russ Manning book as a kid, and am looking forward to bringing science fiction action to the new series in a thought-provoking way.
The very nature of robotics questions what it means to be human — that’s ultimately what Magnus: Robot Fighter will be about.  That, and punching robots until they explode.  There will be a lot that old-time fans will find familiar, but the science of robotics and cybernetics has advanced considerably even since the last time Magnus had a title, and you’ll be seeing a lot of those reflected here.” 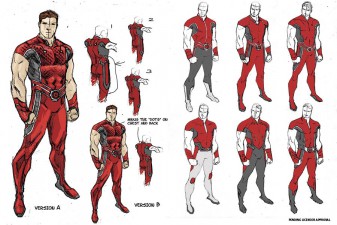 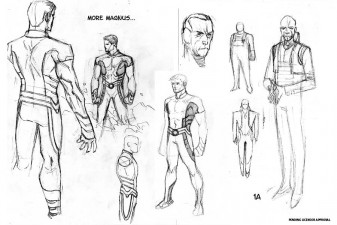 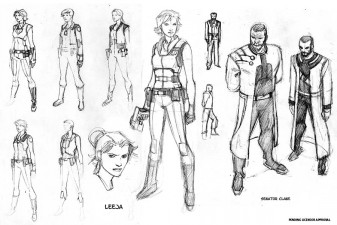 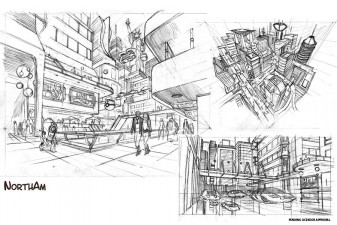 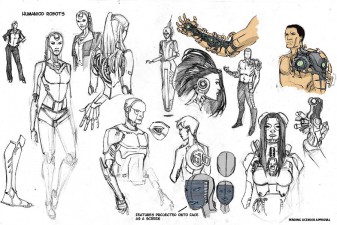 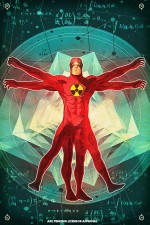 Frank Barbiere, a rising star whose work includes Blackout and Five Ghosts, says, “Dynamite has lined up some of the top talent in the business for the new universe of books, and I am both excited and flattered to be part of it.  I think fans are going to be thrilled by the new directions we’re taking with many of the properties, Solar included.

I’m a huge fan of the character and will be putting a unique spin on the mythology with an emphasis on family and character.  I’m hoping my take will resonate strongly across the readership, new and old alike, and I’ll certainly be bringing a lot of new and exciting things to the table.” 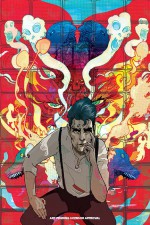 Mark Waid, one of the most celebrated comic writers of the modern era thanks to bestselling titles like Kingdom Come, Daredevil, Amazing Spider-Man, and Indestructible Hulk, says, “Launching a publishing event like this is an exciting opportunity to show how it can be done well, stylishly, and cohesively.

The key (no pun intended), as far as I’m concerned, is to get to the core of these characters so we can, with dynamism and confidence, tell the readers who they are, what they want, and why fans will invest in that. For Doctor Spektor, the challenge comes in figuring out how a professional skeptic, a famous investigator who debunks and exposes the extra-normal and keeps himself grounded, can function in a world that suddenly hosts superheroes and supervillains. What do you choose to believe in when your lifelong belief system is swept away?”

Nick Barrucci, the CEO and Publisher of Dynamite Entertainment, adds, “Longtime fans can rest assured — their beloved heroes are in capable hands.  I can’t believe the dream team of creators bringing these fantastic characters back, and with a vengeance!  I’m honored that Greg Pak, Fred Van Lente, Frank Barbiere, and Mark Waid are at the helm.  It’s new, it’s fresh, it’s mind-blowing — look for Turok, Solar, Magnus, and Spektor to win the hearts of dedicated fans and curious newcomers alike!”

The new line of titles will be solicited in Diamond Comic Distributors’ Previews catalog, the premiere source of merchandise for the comic book specialty market, slated for release beginning in February 2014.  Comic book fans are encouraged to reserve copies of Turok, Solar, Magnus: Robot Fighter, and Doctor Spektor with their local comic book shop or hobby specialty store.  The entire line will also be available for individual customer purchase through digital platforms courtesy of Comixology, iVerse, and Dark Horse Digital.