There is much topical subject matter deserving of further exploration in comics right now but one of the priorities in that regard must surely be work that explores environmental issues. Alba Ceide’s ‘Earth Blues Series’ has already seen the 2022 Broken Frontier ‘Six to Watch‘ artist tackle these themes in two comics Marghera Blues and Forehead Blues, both recently reviewed here at Broken Frontier. Salamanca Blues is the latest addition to this series and will be available via a crowdfunding campaign very soon.

Ceide describes Salamanca Blues in the following terms: The story starts in a distant future in Spain, amongst the ruins of the city of Salamanca and it continues exploring the environmental themes of The Earth Blues Series. With this comic I comment on climate change issues and religious fanaticism, but with a touch of humor, fantasy and stylized characters.

Find out more about Alba Ceide’s comics on her website here. Back the crowdfunder here. 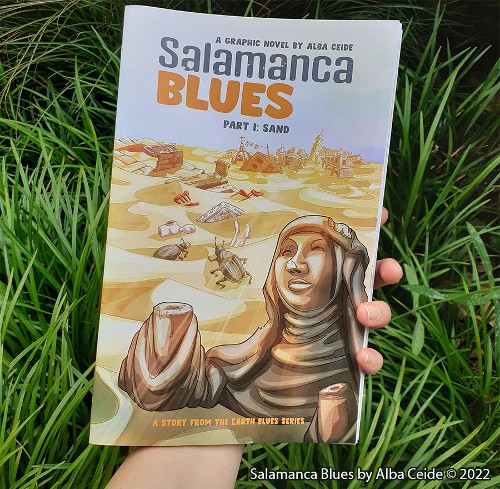 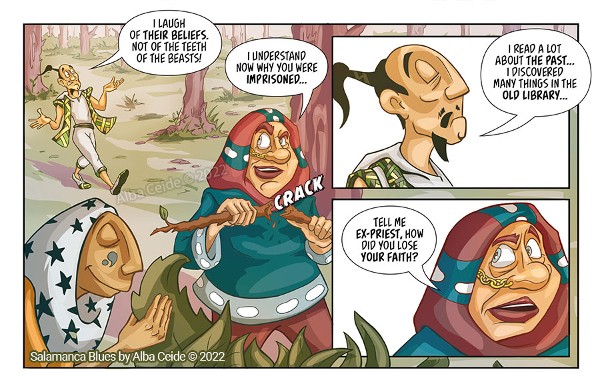 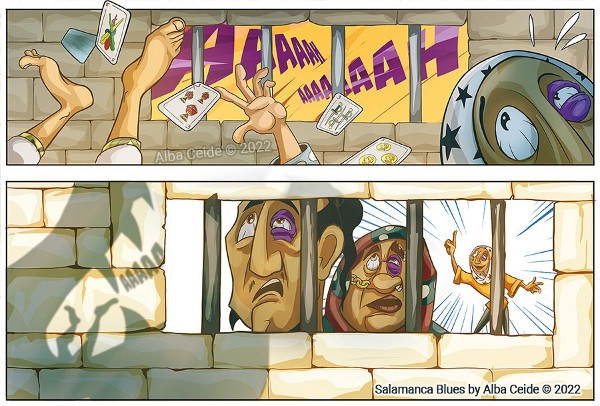 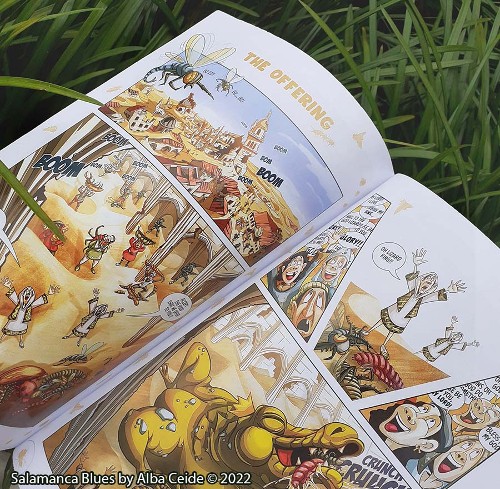 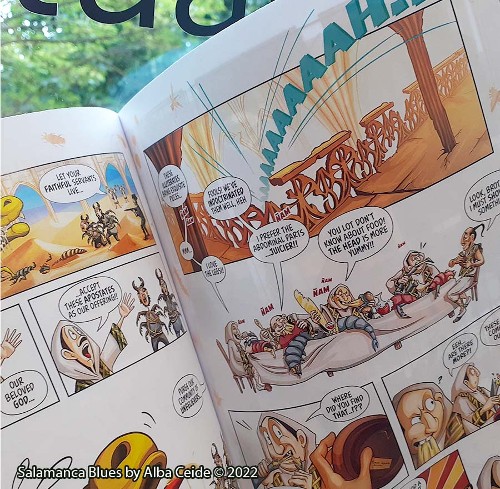