SLCZF WEEK! Bringing previously unseen and uncollected work to light Aled Lies’ two minicomics Other Truths 01 and 02 both have intriguing backstory to them. The first issue features a narrative created in the Marvel style. Lies originally intended to revisit the art to add dialogue but hit a creative block. Returning to the material some years later he decided it worked as it was, and decided to publish it in that format. The second issue collects competition entries, single illustrations and a reworked anthology story. 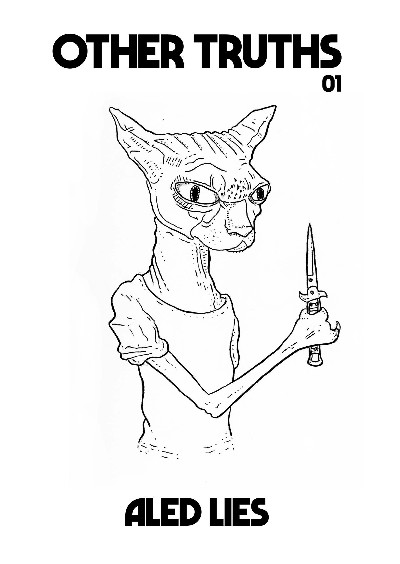 ‘Gitto Peth’, the wordless story in Other Truths 01, takes us on a journey to what may or may not be an alien city. Or perhaps it’s a post-apocalyptic future? Or maybe it’s a virtual reality? That’s the fun of this tale. As it wasn’t written as a “silent story” it isn’t composed in a way that the reader can easily elicit meaning and theme. Rather it’s up to the audience to project their own meaning on the events depicted; an exercise that could conceivably end with different conclusions every time. 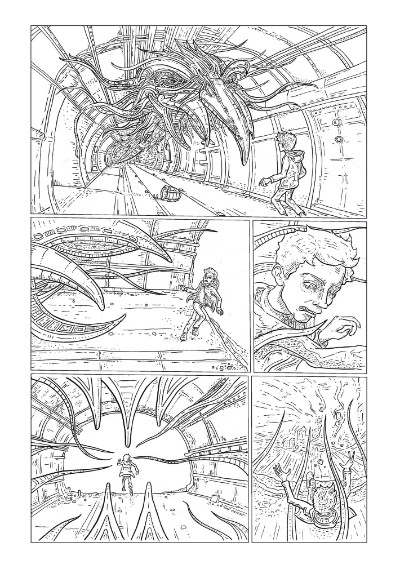 Lies’ art has a grainy sense of detail here as characters interact within the boundaries of a weird urban sprawl and the wastelands outside it. So many questions are opened up for the readers’ consideration as we process a world where unbelievable technology sits side by side with ruined cityscapes, and techno-organic creatures are a constant threat. 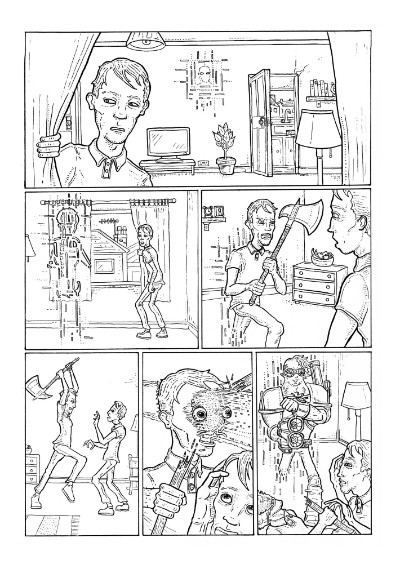 In Other Truths 02 Lies gives us a look at two entries to the Thought Bubble 2000 AD competition, both of which are also presented in wordless form. The first is based on a script by Rory McConville, as temporal incursions bring time paradoxes, suddenly materialising assassins, and violent death to suburban domesticity. As with anything that fits that 2000 AD Future Shock style of delivery it’s difficult to discuss in great detail without giving the twists away but Lies’ action sequences make strong use of irregular panel structures to bring a sense of frenetic energy to the action sequences. 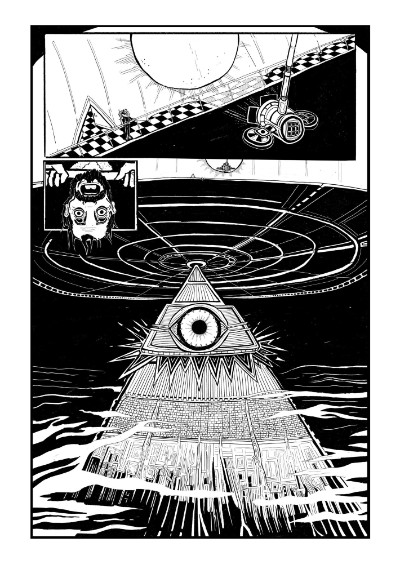 The second of the 2000 AD entries is based on a story by Chris Burnham and takes us on an exploratory trip to the “edge of the world” that reveals unlikely truths about the universe. Here Lies ably captures both the cosmic grandeur of the strip’s plot developments along with that dark humour that has always been an integral part of 2000 AD’s output. Other work collected here includes ‘Bi-Cameral Blues’ originally published in first the WIP Comics anthology Work (reviewed here at BF), and a number of one-page illustrations that despite their presentational brevity have whole speculative narratives embodied in them. 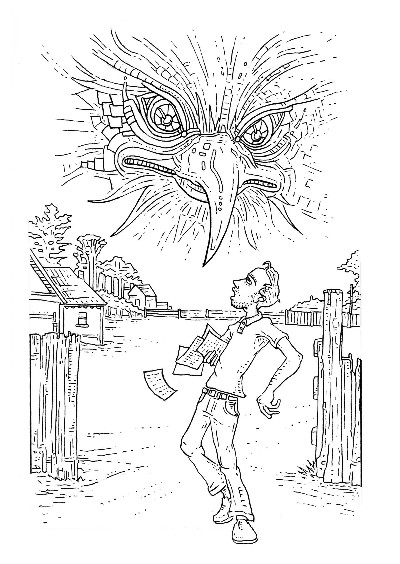 If you enjoy work that asks you to interpret and interact with the page on a more intimate level in order to find your own meanings and truths then both these minicomics are definitely recommended buys at SLCZF this weekend.

Aled Lies/Idiot Corpse are at Table 34 at the South London Comic and Zine Fair this Sunday July 10th.