Dynamite is honored to announce that Warren Ellis, one of the greatest and most respected comic book writers in comics, will be working with Dynamite for the very first time! Warren Ellis plans to take control of the Project Superpowers universe in late 2014, as Dynamite Entertainment continues to celebrate its 10th Anniversary.

“I’ve long been fascinated by the period in comics that produced these characters, and I’m very much looking forward to working out the strange, atmospheric take on the weird thriller that they inspired.  Also, it’s going to be a pleasure to finally do a job through the good offices of my old friend Nick Barrucci.”  – Warren Ellis 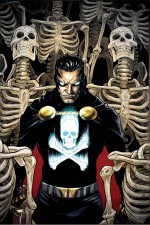 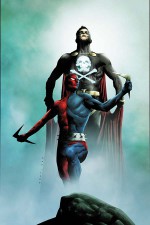 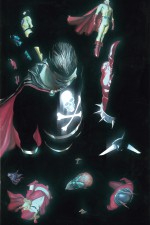 “I’ve wanted to work with Warren for many years, and have approached him more than a few times,” says Dynamite CEO / Publisher Nick Barrucci, “I can honestly say that when his schedule allowed for us to work together, I was speechless.  We’ve been waiting for the right creative vision to bring back Dynamite’s Superpowers Universe, and I can’t think of anyone better than Warren to do so.  I was elated that both came together.  He will make this series his own and will bring a larger audience to Dynamite’s Super Powers universe.  This is truly an honor to be working with him, as Warren elevates Dynamite to a new level.”

“Warren is truly a visionary storyteller and he’s been given carte blanche to reimagine these characters and this world,” adds Dynamite Senior Editor Joe Rybandt. “The results will appeal to his existing fans for sure, but the world he is creating is accessible to all from the start.”

Warren Ellis is a graphic novelist, columnist and author of the New York Times best-selling novel Gun Machine, which is currently being developed for television.  He has a novella, Normal, and a non-fiction book due from Farrar Straus Giroux in 2014.  RED 2, the sequel to the Bruce Willis-Helen Mirren film RED based on his book of the same name, was released in August 2013.  He holds the lifetime achievement prize from comics’ Eagle Awards and the NUIG President’s Medal for services to free speech.  He travels a lot and mostly lives in airplanes now.