There’s something undeniably appealing about pop cultural parodies when their targets are not the obvious easy objects of biting ridicule but, rather, the cooler and more assured characters of our childhood. James the Stanton’s (almost a half-rhyme) Puke Banter takes a certain “panther who is ever so pink” as its warped inspiration. In this Gnartoons minicomic from Silver Sprocket, Stanton gives us an off-hours incarnation of that childhood favourite devoid of the suave, sophisticated and all-knowing qualities of his animated iteration. 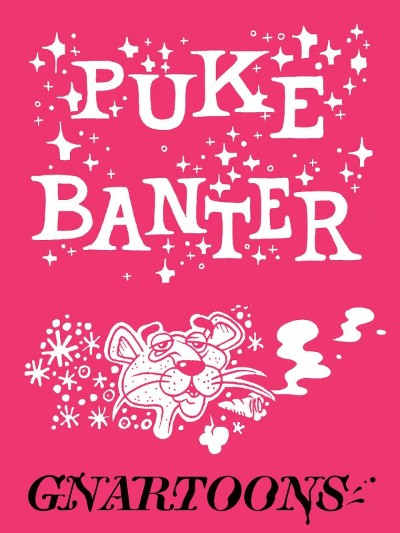 A little worse for wear after (presumably) a late night out, our panther chum finds himself feeling extremely under the weather at a city bus stop. There his copious vomiting leaves in its aftermath a hideous splattering of undigested Chinese food and red wine. With the culprit vanished, and the bus stop back in service, who is going to clean up the gross mess that has been left behind? 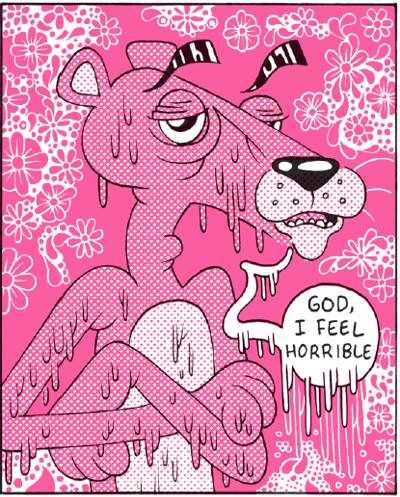 At just over 20 pages of one-panel illustrations and a limited if amusingly irreverent premise Puke Banter does, of course, very much embody the mini in minicomics. But this exercise in deliberate narrative unsophistication is all about the delivery rather than the subject matter. Each page of Puke Banter draws us in on its nauseous protagonist, exaggerating this sweating, retching substitute for his normal debonair self, with the comic’s neon pink pages giving an unsettling psychedelic feel to the reading experience. 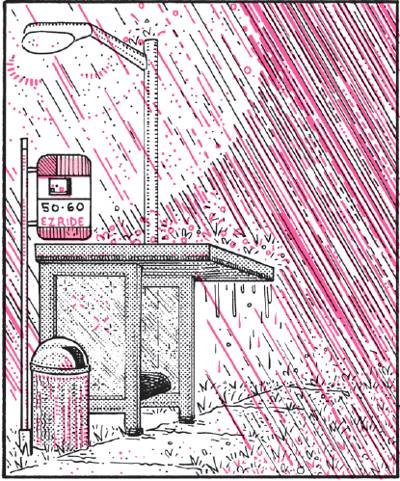 By the time we get to the amusingly stomach-churning pay-off, Stanton’s melting, bubbling and oozing visuals have done their job in bringing a revolted smile to our faces. A good primer for Stanton’s Gnartoons collection this is a short that, to paraphrase from a certain television show theme tune, rather queasily answers the question “But have you ever seen a panther that has puked?”