Part walking diary, part social observation, part slice-of-life, and part love letter to landscape and architecture, Oliver East’s books have that rarest and most inspiring of all things in the world of comics: a genuinely original approach to the medium. 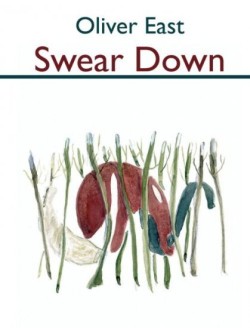 Adopting a grateful punter’s perspective for a moment, I will always feel greatly indebted to the output of publisher Kenny Penman’s Blank Slate Books. From bringing amazing translated European comics like Peggy Adams’ Luchadoras or Uli Oesterle’s Hector Umbra to an English speaking audience through to championing newer creators via their Chalk Marks books, Blank Slate’s back catalogue is compulsory reading for anyone who professes a love for the boundless possibilities of the medium. If you’ve never read Darryl Cunningham’s Psychiatric Tales, the multi-creator genius that was Nelson, or the collection of Nick Abadzis’s Hugo Tate then you have missed out on some truly sterling examples of the art form.

But of all the creators Blank Slate have introduced us to over the last few years it’s Oliver East whose work has perhaps the most unique voice. East began in the self-publishing scene before becoming Blank Slate’s first published author back in 2008 with the groundbreaking Trains Are… Mint. His graphic novels are essentially comics travelogues detailing what he experiences on his walks around the Northwest of England and are presented in a mix of pencils and watercolour that has an absorbing occasionally abstract, often almost dreamlike, quality to it. Part walking diary, part social observation, part slice-of-life, and part love letter to landscape and architecture, his books have that rarest and most inspiring of all things in the world of comics: a genuinely original approach to the medium.

Swear Down is East’s latest project and by far his most personal to date. While it retains his signature travel commentary – on this occasion he’s set out to follow the line of longitude from his own front door onwards – that by now familiar narrative structure is overlaid by another; a candid and often raw account of East coming to terms with his wife’s near death when giving premature birth to their son. In that sense his usual modus operandi becomes almost an exercise in procrastination as, whilst walking, he recounts his reluctance to revisit that time, triggered by the obligation to record his thoughts in a celebratory scrapbook.

There’s a very different tempo to this fourth Oliver East/Blank Slate offering. Both plot strands in the storytelling process weave in and out of each other in Swear Down but, throughout, the haunting spectre of that traumatic segment of time hangs over each page with a lingering shadow. I’m slightly torn about saying this because, while Swear Down absolutely works as a standalone book in its own right, reading it after some of East’s other graphic novels does add extra layers to the experience. For the first time ever, for example, we get to see the perspective of other walkers as Oliver’s partner and son join him on his perambulations. It’s on one of these journeys that the openness of the conversation is so much more pronounced to the longer-term East aficionado given the context of how atypical this sequence is in comparison to previous volumes.

As ever, East’s visuals are playfully experimental throughout. Sometimes minimalist, sometimes deliberately unrefined, his art has an honesty to it that is both engaging and immersing. Poignant, witty, and employing an admirable candour, Swear Down is Oliver East’s finest book to date. Blending his usual geographical meanderings with the autobio comics sub-genre, it’s a departure from East’s previous GNs and proof positive that there’s far more in his comics repertoire than just the walking journals that he’s excelled at to date. Swear Down undoubtedly sits side by side with Myriad’s Naming Monsters as one of the top U.K. graphic novel releases of 2013 so far.