BROKEN FRONTIER AT 20! Some years ago I was chatting with Avery Hill Publishing’s Ricky Miller and, as often happens in our conversations, we turned to promising new artists we had recently discovered. When Ricky showed me work on his phone from Tillie Walden, a name entirely unfamiliar to me at that point, I made him promise that BF would get the first exclusive preview when Tillie’s debuted graphic novel The End of Summer was released by AHP. A canny move as that piece here remains one of our most viewed articles ever, despite its topicality being tied to a specific point in time!

Since then the multiple award-winning Walden factor has become one of indie comics’ great phenomena with books like I Love this Part, Spinning, On a Sunbeam and more. Tillie was even a guest on the Broken Frontier panel at ELCAF pre-pandemic. On that occasion I would like to think it was my chairing skills that ensured the panel was so popular that as many people couldn’t get into the event as could, but I suspect the reality was slightly different…

After far too long I caught up with Tillie a couple of weeks back for this very special ‘Broken Frontier at 20’ interview. ANDY OLIVER: I was quite shocked when preparing for this piece to realise it’s been six years since our last interview online! Last year saw the publication of Alone in Space, a collection of your first comics from Avery Hill Publishing from around that time with some previously unseen material. Looking back on that period of your work how do you feel your practice has evolved and developed in the years since?

TILLIE WALDEN: God, it has been a while! I mean, everything has changed so much it’s almost hard to fathom. I was so young when I started doing this, and I was also working myself so hard that I didn’t have much time to think about what it all meant. Which ultimately was a good thing, I think. I guess the difference between my work then and my work now is the same as the difference between who I was then and who I am now. I started making comics at a time when I was very much a loner. I traveled a lot by myself, I was absorbing my childhood and processing it, I was struggling to define who exactly I was.

Now, I have a much clearer sense of who I am and where I’m going. I live in one place now too, I’m married, my hair’s long again.. this is all to say: My early years of comics felt like when you first run into a river or lake and everything is splashing around you and you get slowed down by the sheer weight of the water. And now I’m somewhere out in the middle of the lake. I know my process, I know how to get my comics done without too much agony, and I’m much calmer about improving my craft. I used to want to improve so badly that it felt like every drawing was a scream. Now, I know I’ll keep improving if I just keep at it. Less screaming. Pages from ‘On a Sunbeam’

AO: Your most recent book is Clementine from the The Walking Dead franchise which may seem like something of a departure from previous comics but despite its different tone still, for me, was replete with Walden-esque “language of comics” moments. How did your involvement in the project come about and how did you approach adapting a video game character to comics? What kind of themes did you want to use Clementine to explore as a protagonist?

WALDEN: Haha, I thought the same. I never would’ve expected to work on this project. But it started as they all do: with an email. They asked if I wanted to draw this trilogy, I played the games and said yes. It was actually really fun creatively for me. Working with constraints is much more interesting than a free-for-all, narrative wise. I have Clem’s whole background already made, through the games, and I got to think about where it would take her. I knew I wanted to focus more on her disability, I wanted to make a sense of place a key element, and I wanted to explore the idea of rebuilding Clementine’s inner and outer self. I’m currently working on the second book of the trilogy, and it’s only gotten better. It’s sort of this constantly delightful thing – every book you make just gets a little better and a little deeper. So I can’t wait to see where I’m at with the third book when that time comes! 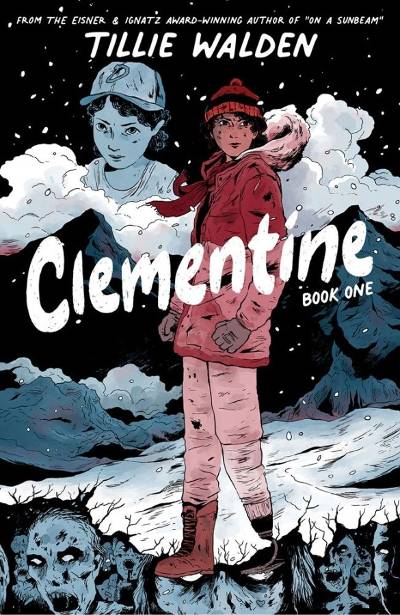 AO: One of the things I’ve remarked on about your comics in my past Broken Frontier reviews is how environment almost becomes a character in itself in your stories, whether that’s in the obvious sense of design and architecture of On a Sunbeam and The End of Summer, or in a more subtle but no less immersive way in Clementine. How important is creating that enticing sense of place and space in your visual storytelling to you?

WALDEN: I just love a sense of place, I really can’t let it go. It’s the most important narrative aspect to me initially. Every story I’ve made has started with a place, and the same is true for Clementine. I guess the big question is why: Why am I so obsessed with location and atmosphere? I don’t know if I really understand it myself. One of my favorite parts of drawing places is creating a panel with a huge sense of scale and depth. It’s totally dizzying, like looking up at a birch tree that is 50 times your own height. Some creators find emotional resonance instantly in the idea of a character. For me, emotions show up much faster when I think of a room, or a shore, or a road. I think what really tugs at my heart is that places are crafted by every person who has ever walked through them. I’ve been thinking about death a lot after a rather rough summer, and about all the marks lives leave. Just the fact that a road exists because so many people walked the same path over and over again. I just… think it’s so beautiful. 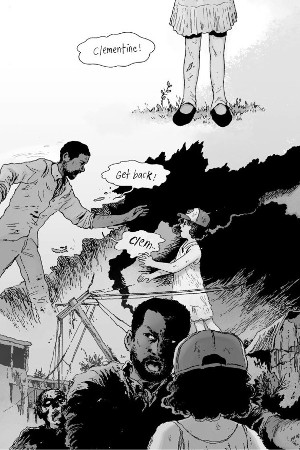 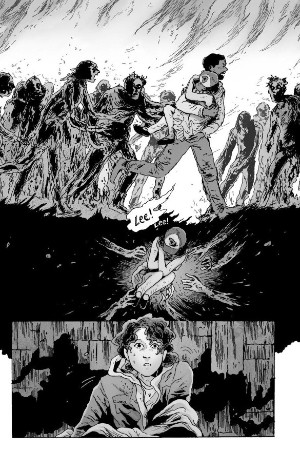 AO: One of the important aspects of much of your comics practice is that queer identity and representation is an integral part of books that appeal to a teen audience. What for you have been some of the most vital developments in the marketplace in recent times in terms of the breadth and range of queer comics stories now available?

WALDEN: Gosh there’s just so much now, though still not enough in my opinion. What I love now is that you can find queer graphic novels and comics that have a range of genres, styles, and tones. It’s not just sad coming out stories, we’ve got dragons, we’ve got time travel, we’ve got NUANCE. What a delight. But I’d still like to see more, because there will honestly never be enough. Just in the way that straight authors would never say, well, that’s enough storytelling, I’ve figured myself out. The same is true for us, and for any marginalized community. The experience never ends.

AO: I remember from our previous chats how prolific your output was in terms of your work rate. Has your creative process changed at all in recent years? What mediums are you currently working in to bring your stories to the page?

WALDEN: Haha, yes, I do draw a lot. I still draw a lot, about the same pace, though I think I try a lot harder now. My process is relatively the same. I use an ipad to draw rough drafts now because it’s a lot quicker and I can sit on the couch and watch TV rather than at a desk – which is so nice. But other than that, I draw the pages as I always have. Paper, pens of some kind. Technical pens, usually. And coloring or toning is a mix of digital and traditional. I guess the big game changer has been using Procreate on the ipad for roughing out books. I bought the ipad for my wife… but now I use it a lot, haha. Pages from ‘Are You Listening?‘

AO: You’re now teaching comics as well to a new generation of future creators. Does seeing the medium through the eyes of those at the beginnings of their comics journey ever give you fresh insights into its remarkable potential?

WALDEN: Oh absolutely. My students are always asking me questions that make me stop and go.. huh, why DO I do it that way? It’s such a lovely thing, teaching. And because my wife also teaches, we end up talking about comics all the time – how they work, what we love, what matters, what makes us crazy, etc. So yes, many fresh insights. Very grateful for my students.