Debuting at Thought Bubble! Mike Medaglia’s stunning Seasons underlines that 2013 was the year that Avery Hill Publishing came of age… 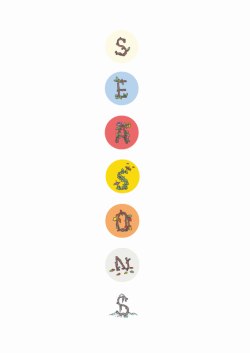 A small boy pondering the apparently arbitrary rules of the arcane adult world. A teenage girl on the cusp of adulthood and all that entails. Two middle-aged men reflecting ruefully on their best days, now past, and the less fulfilling ones to come. And an old woman reaching a moment of epiphany in the twilight of her life. Spring. Summer. Autumn. Winter. The seasons of life are delineated in these short character studies from Mike Medaglia.

Regular readers of ‘Small Pressganged’ will know, of course, that Mike Medaglia is the driving force behind the acclaimed Wu Wei anthology of spiritual comics, and for those who have followed his work in the past it will come as no surprise that his first release from Avery Hill Publishing embodies that quietly philosophical, pensive air that has been so integral to his comics to date. Through a series of vignettes in this latest offering, Medaglia sets out to explore the seasons of life by linking them inextricably to those of nature.

By its very structure – the fact that each short story is a snapshot into someone’s life revolving around one core narrative conceit – Seasons is one of those books that requires a certain careful precision in critical discussion. This is one project where I would be unforgivably negligent were I to inadvertently vandalise the reading experience through tactless over-analysis of pertinent story points. So I will endeavour to avoid getting too far into the specifics of each segment and rather try to communicate the mood of the piece in general. 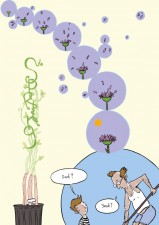 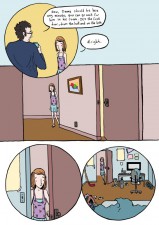 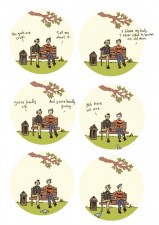 Pages from the Spring, Summer and Autumn sections of the book

What is so very impressive in Seasons is the abundance of emotional resonance Medaglia conveys in each chapter, given that he is working with just four fleeting pages for each season. His insights into our views of the world around us at different stages of our lives are piercingly incisive and yet simultaneously delicately understated each time. The triumph of Seasons is that it’s a comic that you perceive on an emotional level rather than an analytical or intellectual one. Simply put, it speaks to the reader because it’s such an evocative recreation of shared experiences that we all understand. 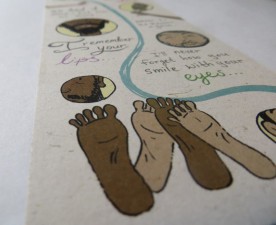 That childlike view of reality and its incomprehensible apparent injustices in the first tale, for example, captures that bemused awe that the mysterious adult world represents when we first attempt to comprehend it. Similarly, those of us of a certain age, will be at least tangentially acquainted with that middle-aged weariness and disaffected realisation that our most significant years are probably behind us and we are not invulnerable. Don’t be misled into thinking that Seasons is a maudlin work however. It has its moments of sly wit and the final ‘Winter’ entry brings a hopeful spark that celebrates life rather than dwells on death.

What Mike Medaglia has provided here is the quintessential union of theme, words and imagery on the comics page. Linking the seasons of the natural world to the metaphorical ones of life sounds, in isolation, an obvious storytelling choice but Medaglia does it with such subtlety, such delicacy, that the symbolism of the natural world in the background never feels contrived or intrusive. His idiosyncratic approach to panel layouts, vividly gorgeous use of colour and mood-setting intro pages all feed into that atmospheric sense of time and place that he carefully constructs throughout. Recapturing that Wu Wei tactile aesthetic there’s also a bonus story on an accompanying bookmark (above right) which both echoes and plays with the themes at the book’s core. 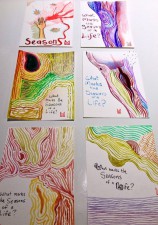 Following Wu Wei in the summer this has been a remarkable year of achievement for Mike Medaglia. But it’s  time also, I feel, for people to start taking a more keen interest in the output of Avery Hill Publishing. I have always been very fond of their rather old school approach to small press comics in their Reads anthology but over the course of 2013 they have come into their own as a micropublisher with some canny choices of material. Not just Seasons but also Jazz Greenhill’s vibrantly fresh The Festival, Owen D. Pomery’s historical slapstick The Megatherium Club, and Tim Bird’s distinctive travelogues in Grey Area.

Without a doubt Seasons is one of the essential comic debuts you should be picking up at Thought Bubble. There’s still also time to pre-order and obtain a copy with an exclusive hand drawn book plate (right)…